Why Women Over 60 are Actually Searching for Mr. Normal, Not Mr. Right

As people get older they gather wisdom and understand more clearly what it is they need, what's really important in a partner. It doesn't have to be about looks, money or status - it's about finding someone to talk to, have dinner with and laugh.

One thing that's clear when looking at online dating site profiles is that, for women over a certain age, it’s about finding Mr. Normal, not Mr. Right. 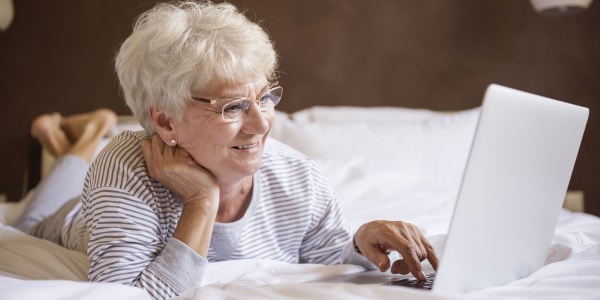 What Women Over 60 Want

In general, younger female daters look for more physical qualities in their other half. Some of the descriptive words they use in their profiles on dating sites are: Handsome, tall, wealthy, in shape, muscular, hair, and a host of adjectives meant to narrow the field are glibly listed. These shallow qualities become less important to senior daters who look deeper than the surface.

It isn’t that what was important when we were younger no longer matters now, but rather that the emphasis is different. Feeling that emotional connection is no less important than the physical intimacy. And while few seniors are willing to compromise their core values and beliefs, many will entertain differences that don’t threaten the manner in which they live.

The notion of normal takes on different aspects for senior dating women, and while physical health is key, there’s another aspect of normal that few women over 50 are willing to ignore: emotional health. Lacking the ability to hold a decent conversation that's not completely about themselves is a deal-killer, especially for a woman who was in long-term relationship with a man who was incapable of expressing his feelings.

It’s common for a senior woman to have emotionally-based friendships with other women that go back decades, and they’ve grown accustomed to emotional dialogue as a major aspect of their relationships. Savvy, senior women daters are unwilling to become involved with a man who’s either shut down emotionally or simply doesn’t have the skills. Senior women are well aware that problem resolution skills aren’t innate, and that personal growth work is the path to garnering those skills. They also know that conflicts remain unresolved unless both partners are capable of expressing their feelings.

But where’s the romance you ask? After weeding out all the men lacking in emotional skills and/or in poor physical health, who’s left? I often suggest to my clients that the men left standing are prime candidates, and that it isn’t necessary to have a large number of men to choose from to find love and romance.

Normal is most often a good fit. I urge senior women to limit their requirement lists to critical ones they absolutely can’t live without. And don’t forget to add a sense of humor to your list to find out what makes your date laugh. A couple that can laugh together can more easily overcome adversity.