Why The Telephone Is Still The Best Dating Tool 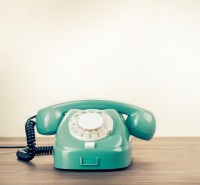 I do a fair amount of date coaching, mostly with senior women, who appreciate that the work I’ve done with men in groups for the past twenty-five years gives me the ability to help them choose the most appropriate men to date. But I’ve noticed that quite a few seniors drop the ball once they find someone they’d like to date.

What I’ve noticed is that too many seniors engage in endless emailing rather than getting on the telephone after the first contact by email, which I urge seniors to make the last email. Emails don’t tell people much about each other beyond what their online profiles have already stated. And I suspect that the more a couple emails the less interested in each other they become because there’s little that can be explained or learned about someone by emailing that can’t be far better explained on the phone.

Alexander Graham Bell Had A Point

In fact, a phone conversation that’s planned, to the extent both people have some questions they’d like answered, can encourage or discourage further contact. I suggest seniors use the first phone call to fill in the blanks regarding the other person’s online profile. Since few seniors are terrific writers, or at least present themselves in the best possible light in writing, talking before meeting is essential.

I dated on and off for a while before I met my partner three years ago online, and in the two years before we met I went on forty-eight coffee dates. What I’m sharing is what I learned from my experience as well as what I’ve gleaned from thousands of readers comments on my articles.

Seniors don’t have time to waste dating inappropriate people. And to anyone who still erroneously believes that finding a partner is all about luck, you’re wrong. Luck may play a small role but that’s the extent of luck’s value. Finding a partner is about knowing how to vet dates quickly and easily. 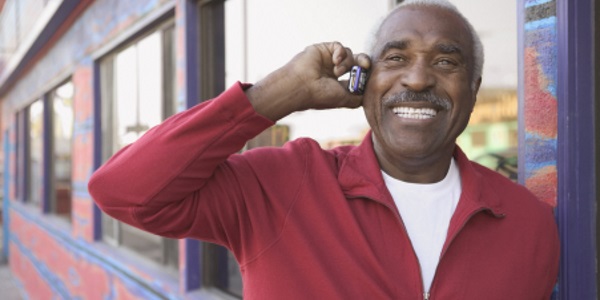 Since it’s widely accepted as a given, finding someone who is as much like you as possible is the key to finding a partner. Opposites attract is a debunked myth. But knowing what to ask is far easier on the phone than in emails. There are some particular issues that you definitely want to know about someone before you meet them that you’ll rarely if ever discover in their online profile. These are character related issues.

Most senior daters are open about talking about themselves, and those that aren’t will find it difficult to avoid answering questions honestly on the phone. These phone conversations are the moments of truth if the opportunity is used correctly.

One example of a fair, specific question to ask that won’t ever be found in a person’s online profile is, how long has it been since their last relationship, and what did they learn from it? Any length of time less than several months is your cue to say thanks, but no thanks. Unless you feel you want to become your date’s therapist, no one heals from a failed marriage or relationship overnight. And while men in particular don’t necessarily feel the need to heal after a failed relationship before dating again, not taking the time to consider their responsibility in that relationship means all their baggage from it will arrive at your door along with your date.

If someone’s answer suggests they’ve in fact had time to ponder the failed relationship, ask what they learned from it. The answer nothing, suggests a man or woman who may not take responsibility for their behavior in a relationship, which is an absolute deal-killer in terms of a date.

Another phone question that won’t likely be answered in an online profile or emails is what personal growth path has your potential date followed? Since every person on the planet has issues, a senior who still hasn’t had the desire to dig into his or hers probably hasn’t learned problem resolution skills that are critical for relationship success. And personal growth isn’t reserved for people with serious issues by any means. Relationships succeed or fail because both partners have problem resolution skills that aren’t innate.

I urge senior daters to stop rolling the dice and wasting their precious time dating a man or woman they haven’t vetted to some extent on the phone.

Are you nervous about what to talk about on a first date and where to take it from there? Check out these articles and get more advice for senior online dating.