How To Break Up Respectfully 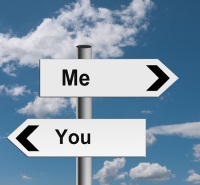 Neil Sedaka’s “Breaking Up Is Hard To Do” was so popular it became his signature song. I agree with the song’s title, because no matter the duration of the relationship, it involves confrontation and hurt feelings, two things most people go to great lengths to avoid. And I suggest that seniors handle breaking up differently than younger men and women because sometimes being older should mean being wiser and more experienced.

For obvious reasons the amount of time a couple has spent together in a relationship affects the level of pain on both sides of the equation as well as the difficulty one or both people involved have in ending it. This is a particularly touchy subject.

There are two ways seniors should break up. If a relationship is a few months old or less, even if it was sexual, there’s no need to consider it a breakup because it never really reached the level of a relationship. Folks who adhere to this philosophy insist a text or phone call is more than enough, and that a face-to-face is entirely unnecessary. The other school of thought is that no matter the amount of time a relationship has lasted, if it was sexually intimate it should be ended face-to-face, in person.

I’ve been writing about senior sex, dating, and relationships, for over ten years and I’ve heard every reason for avoiding the uncomfortable chore of ending a relationship in person. Men and women have shared many of their breakup stories with me and frankly, even after my own decade of dating I was surprised by how callously some seniors treat each other. Texting someone to let them know you’re no longer interested seems cowardly and rude to me, and at a minimum, the person being broken up with deserves to be told he or she is no longer desired and why, in person. Sure, it can be painful and some may be deeply offended, but especially as a senior, you’ve experienced enough in your life to truly value and respect the feelings of another. The least you can do is face them in person.

Appropriately or not, once a couple becomes sexual, expectations come into play. One expectation is that sex signals a solidifying of a relationship to the extent it’s monogamous unless a different agreement was made in the beginning. This may mean more to some people than others, in terms of what sex signifies in regards to commitment. But unless both people agreed before becoming sexual that sex would be casual and not part of a greater commitment, intimacy is generally considered by most seniors to have a deeper meaning than casual. 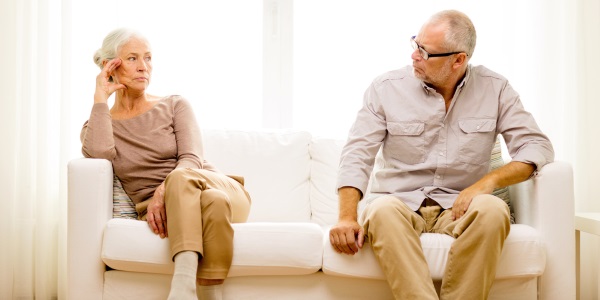 H2: We Are Human - We Make Mistakes

Having said all of this, people make mistakes and become involved in a relationship one or both knew on some level they shouldn’t have. And this doesn’t mean the person who wants out deserves to be vilified because they made a mistake. But breaking up in person, is the decent thing to do.

But what can someone say to lighten the pain the other person will almost certainly feel when he or she is told the relationship is over? The truth is a good place to start, but that doesn’t mean falling on your sword or beating yourself over the head.

Letting someone down gently is difficult because no matter how artfully it’s delivered, a breakup message is fairly painful to absorb. And saying it isn’t personal, or it’s your fault when letting someone down, and not the other person’s fault is insulting. We’ve all heard that one too many times.

You’re probably never going to see this person again, at least not on purpose, so give him or her the courtesy of your truth, no matter how personal. This courtesy might include issues like sexual incompatibility, emotional incompatibility, differing relationship pacing, lack of respect, and many other possible reasons, all of which are acceptable, but none of which should be denied the other person.

With that said, be a gentleman or gentlewoman who treats others respectfully, and consider that with rare exceptions, neither person is to blame when a relationship didn’t work out no should they be deeply insulted. Even if one person’s behavior was far worse than the other’s, both people accepted this paradigm for long enough for a relationship to begin.

Perhaps not a skill to be proud of, but mastering the art of breaking up means learning how to tell someone in person that you’ve decided to move on. Think how awful you would feel to receive a text or a voicemail from someone you were dating and felt positive about, only to learn discover you’ve been dumped. That should be sufficient to encourage you to respectfully deliver a bad message well, to a person you shared your intimacy with.

Whether you are just getting back into the world of dating or are already and experienced dater – Check out these reviews, and find the right online dating site for yourself!