How To Get A Man To Talk About His Feelings 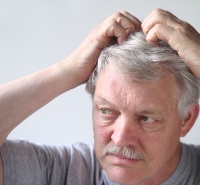 Getting your guy to have “the talk” is the topic of comedians’ jokes and barbs aimed at men who are purportedly clueless. But are men really clueless, or are they simply less experienced and understandably nervous about playing on an emotional sharing field with a woman they know in advance has an advantage?

I don’t believe most men are emotionally brain dead, but rather that opportunities to talk about their feelings have been limited by cultural norms that begin in childhood, particularly for seniors. This doesn’t mean that men don’t know how to have “the talk”, but rather that they’re not practiced. Men know that women have these emotional dialogues with their friends frequently, and that nearly all have good emotional sharing skills. Consequently most feel intimidated.

So how can a senior woman draw a man out? First and foremost, recognize that this isn’t his everyday topic he communicates, and that he’s far more comfortable talking about his thoughts, which is why men frequently answer how they’re feeling with what they’re thinking.

But you can even the playing field for a guy by letting him know this isn’t an easy topic for him and that you’re willing to be patient and non-judgmental. If you ask your guy how he’s feeling about you or your relationship for example, give him as much time as he needs to answer you to the best of his ability. And if his answer doesn’t go deep enough or you’d like him to amplify it, let him know you appreciate his efforts thus far and would appreciate his going a bit deeper into his feelings with you. 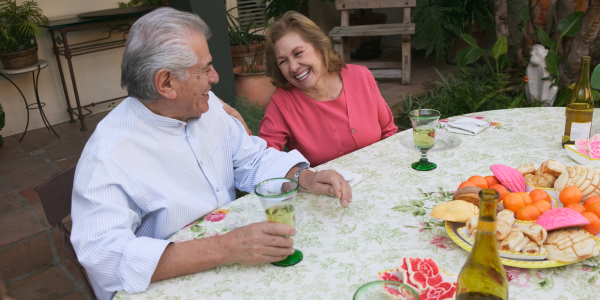 What’s never appropriate is asking a man how he feels about something and then criticizing, judging, or offering opinions about what he shares with you. This is a surefire way to guaranty this will be the last emotional dialogue you’ll ever have with this fellow. Recognizing that an emotional dialogue isn’t second nature for many men is essential, which should affect how you respond to what he shares.

I still feel the sting from a conversation I had with a woman decades ago when she asked why I wouldn’t talk about moving our relationship up to the next level. I shared with her that I had trust issues regarding women that I was working on. I further explained that I’d had some painful experiences with women around trust, beginning with my mother. She said she understood. A few weeks later the same topic came up and I reiterated my trust issues. She got furious and yelled “Sure, your mother was untrustworthy so now I have to pay for that.” I was shocked she would use what I told her in a moment of emotional honesty as a weapon against me. I explained this was a betrayal and she said she understood, but a week later the same thing happened again. I left the relationship because I knew I’d never feel safe sharing my issues with her.

Be gentle with a guy who’s trying to share how he feels and he’ll be okay repeating this conversation. Men need to feel safe if they’re going to have an emotional conversation with a woman.

It Works Most Of The Time

My partner and I talk about our feelings, especially when we’re having problems. Sometimes I have to remind her that this is difficult for me and I ask her to respect my process for participating in this conversation. We’ve learned to discuss our feelings with each other by respecting what each of us shares. There are times when we have this conversation that the situation becomes contentious, and that’s when we agree to walk away for a while and come back together when we’re both feeling openhearted and vulnerable again.

Like most skills, having “the talk” requires some amount of practice. Don’t get discouraged if the conversation strays from feelings or doesn’t go well the first few times. This dialogue requires respect, patience, and love, to become smooth and easy. And this conversation matters because no relationship can succeed unless both partners can express their feelings without fear that what they share will be honored. No one ever said relationships are easy, but they’re working well they sure feel like they’re worth the effort.

Did this article answer your questions and made you feel more comfortable about having "the talk"? Check out these articles from Senior Dating Expert Ken Solin and get more helpful tips.