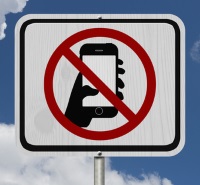 Thankfully I never had a first, second, or even third date with a woman who texted while we were together. But I’ve heard a sufficient number of stories about men and women who don’t think texting while dating is rude or inappropriate, so I felt this is an issue worth addressing. I don’t consider texting while dating good manners, and the reasons why, and the potential fallout from it merit a conversation.

Texting has become such a part of our daily lives that some of us have wrongly concluded that it’s not as rude as talking on the phone, even on a date. But this is flawed thinking, because it’s incredibly rude and bad manners to text on a date in the exact same manner it is talking on the phone on a date. The silence of texting, versus the cacophony of talking are the same in terms of rude behavior because both negate conversation and force the person who’s not texting or talking on the phone to sit patiently and quietly, an entirely unreasonable expectation.

A date coaching client told me about her recent coffee date with a fellow who kept looking at his mobile phone and checking his emails and texts. After he did this a second time she told him she had no idea what would possess a guy to behave so rudely on a first date, and she got up and left. He never apologized either on the phone or in a text. Obviously he thought his behavior was acceptable and that she was wrong about expecting a date to give her undivided attention.

If you’re on a date with a man or woman who feels their time is so valuable and that they’re in such demand that they have to continually check their phones for emails and texts, you’re on a date with the wrong person. It’s narcissistic to believe you’re important enough that you can’t afford 30 minutes to devote to a date exclusively. Perhaps rude people shouldn’t date. 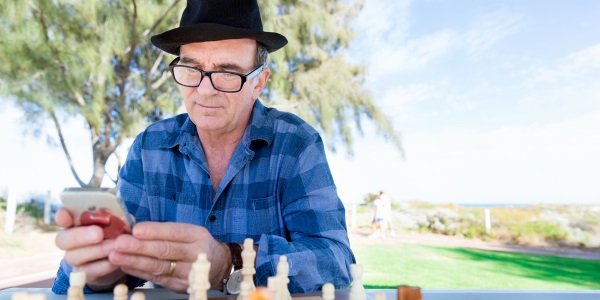 And I wonder how men or women who text while dating might feel if their date texted and expected them not to feel insulted by what can only be described as insulting behavior? I doubt they’d be okay with this.

The End Of Manners

Dating manners are quickly disappearing, and while the Internet has made online dating successful, it has also created a false sense that manners no longer matter because everyone is a virtual stranger who can be treated rudely because there are no consequences. But there are consequences even if rude online daters choose not to recognize that their dysfunctional dating behavior creates problems. Texting while dating is as rude as checking out other men or women while you’re sitting with your date in a public place.

The Golden Rule applies to senior dating. Even if a senior dater doesn’t believe his or her behavior should necessarily reflect how they’d like to be treated, that doesn’t make it true. When you go on a date, turn your phone off and leave it in your purse or pocket. And if you want to make sure your date understands how important you feel it is not to text or talk on the phone while dating, mention you’re turning off your phone to devote your attention to them. That should make your point without upsetting anyone, but if your date insists he or she can’t do that then you might thank him or her for showing up and leave the café. With the exception of the President of the United States, no one is so important they can’t turn their phone off for a while.

Make sure to check out these reviews to find an online dating site that really fits your wishes.