4 LGBT Dating Friendly States from All Over the US 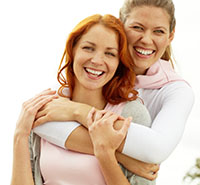 Searching for your perfect match on LGBT dating sites may take some time, but finding the right woman and hitting it off with her makes the time and effort all worthwhile. Planning your first date together is as exciting as it is nerve-wracking, but what happens if the distance between you consists of thousands of miles, and you are located in different parts of the US? It would certainly be unwise to let the distance keep you from meeting. It’s usually advised to pick a neutral spot when planning where to meet, mostly for safety reasons, so if you are from opposite parts of the US, just pick a state to meet up that’s in proximity of you both. This list gives you the statistics on 4 unexpected LGBT-friendly states from all across the country that have created a tolerant climate and community, perfect for LGBT dating.

Let’s start at the top; Maryland has a fair amount of lesbians and gays serving in state offices, including 8 LGBT legislators in the Maryland General Assembly. In 2014, Rich Madaleno, Maryland’s first openly gay senator, competed against transgender Dana Beyer for senator of Maryland in the democratic primary, thus making 2 competent and deserving LGBT people run head to head for one of the most powerful and representative positions in the state. Maryland has legislated an abundance of laws that protect LGBT rights and benefit the LGBT community, such as same-sex marriage and added protection against discrimination based on sexual orientation and hate crimes. LGBT dating is most popular in Baltimore, with 30,000 people regularly attending the Baltimore Pride festival – Maryland’s largest gay visibility event – and with the community at large being very tolerant of lesbians, gays and transgender people. If you both are located in the east coast with Maryland dividing you, look no further and make plans to meet up there.

While this state does not get enough credit as being LGBT-friendly, research and statistics show it is right on par with the other states in this list. 2 LGBT senators have represented New Mexico in Washington DC, and the state has legislated plenty of LGBT-friendly laws such as same sex marriages, adoption by same-sex couples, and protection from sexual discrimination and hate-crimes. The Albuquerque Pride festival is noted as being the 3rd largest parade in the state of New Mexico. Santa Fe is also a gay-friendly city, with a culturally diverse and generally tolerant population. This hidden gem is one that you both should consider if New Mexico is located close by. 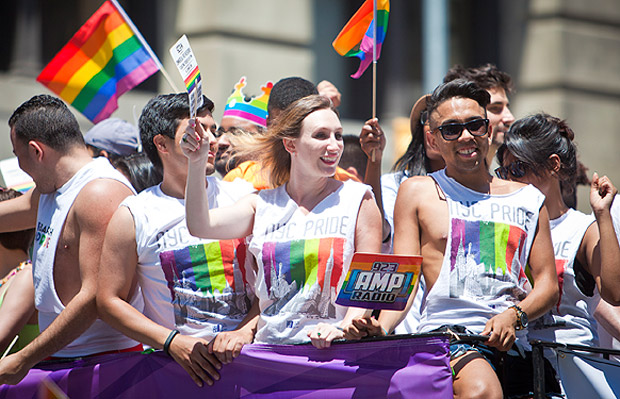 Aside from boasting the same LGBT-friendly laws as the rest of the states on this list and having numerous openly gay people in state offices (Oregon’s supreme court even has two openly gay supreme court justices), Oregon’s health plan actually covers hormone treatment and other treatment associated with gender reassignment. What’s more, you don’t need to have surgery in order to change your gender identity on your birth certificate. You can’t get much more tolerant and LGBT-friendly than that! The majority of Oregon’s population holds democratic liberal views that are generally more open towards minorities, all creating the perfect environment for LGBT dating and way of life in general.

One of the most liberal states in the US, and certainly the most liberal in the mid-west, Illinois has a long history of being LGBT-friendly. This may not be the most unexpected of states to mention in this list, but since it is geographically located smack in the middle of the US, we think it is a very practical choice for meeting up. Illinois was the first state to repeal its sodomy laws in 1962 and legalize same-sex sexual activity. There are gender-neutral laws against domestic violence in Illinois that cannot be found anywhere else in America. As in Oregon, the population is generally liberal, and in the bigger cities like Chicago the LGBT community is bustling with activity and visibility. Don’t pass up the chance to meet here if you can!

Can’t wait to meet your perfect match? Check out our review of match.com and widen your pool of available lesbians today!