Lesbian Matchmaking: How To Turn Down A Second Date 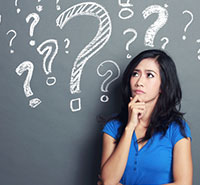 You might think online dating is the easiest, least heart-involved manner of lesbian matchmaking on earth. After all, you never meet face-to-face, right? There’s no actual, living, breathing, non-digitalized reality that you have to deal with. Wrong!

There’s that one girl. Your interests match. Gasp! She’s fun to talk to. Double-gasp! She’s pretty hot. Triple-gasp! And so you ask her out on a date. Or vice versa. Either way, you’re both lying on your beds with butterflies in your stomachs, wondering if you’ll like each other.

So, first date. Tentative smiles, tentative conversation. The ball gets to rolling, and midway through dessert you could be BFFs. Except... that’s just the problem. She’s a nice person, it’s true. Even if she does go on and on about the kinds of diseases puppies can get. When her interests included “animal lover,” you hadn’t really bargained for that level of technicality. But there’s no... spark. So after a while, and all throughout the after-dinner coffee, all you can think is: how on earth do I let her know that I’m not up for a second date?

It’s worse if you’ve been nice and sweet the whole time. What if -- and you’re mentally in anguish at this moment -- what if she likes you and wants a second date? It would seriously help if neither of you are feeling the romance. But if there’s some sort of a spark in her eyes, and if she’s starting to be more confidential and sweet towards the end of the date... your problem has just started.

Sometimes (a lot of the time), especially when it’s lesbians who meet, the questions never stop. Who invites? Who pays the bill? Who calls first? When it comes to after-first date problems, another one is added: who speaks first? It really just depends on who initiated the first date. That’s where using a website with online messaging comes in handy. Online dating sites like Zoosk have chatting programs that aren’t only easy to use, but can track your chat history in case you need to refer back to important details like who actually asked who out.

If You Asked Her Out

Tell the girl that you’re glad you asked her out, and that you’re happy she has a passion to know all the possible puppy diseases known to man. Don’t deceive her and say you liked hearing about them--that might send the wrong message. And then tell her that you didn’t feel a romantic connection, and that you don’t think that you girls should go out on a second date.

There is no way to say all that without hurting her, unless she wanted to say the same thing back. But even if you have hurt her, be clear. Use absolutes. Don’t say “maybe,” or “perhaps,” or “possibly.” Giving false hope is a whole lot worse than turning her down in general. And if you see relief in her eyes, don’t be insulted! It makes the distasteful task a lot easier. 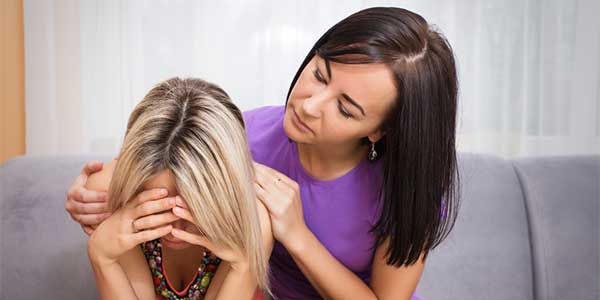 If She Asked You Out

If, on the other hand, you’re the one who was asked, your emotions are on the opposite side of the spectrum. You’re glad you were asked, it was so flattering and exciting, really... but even if you liked her online, you don’t like-like her in person. You just can’t put your finger on it, but you just know that this isn’t a lesbian matchmaking made in heaven. When women, straight or lesbians, meet the love of their life, they just know it. There’s only one difference in the way you respond. Instead of saying that you’re glad you asked her out, say that you’re glad she asked you out but you didn’t feel a romantic connection, and so on and so forth.

Don’t forget, whether you or she asked first, that the person you are dealing with is not only a potential romantic partner, but a person and maybe a potential friend. Don’t be afraid to say that if you see one another someday, you should go out for a bite and a bit of an update. Keep in contact as friends if you want to. But unless you parted badly, make sure that there’s still a possibility for friendship hanging there.

You might want to take a bit of time and write down what you’re really looking for in a partner. Be honest with yourself, and be as specific as you can. It’s not just a question of how to meet other lesbians for a next date. The better you know yourself and the kind of partner you are looking for, the more you can avoid such uncomfortable situations as declining a second date.

Using features like match.com’s highly praised algorithm, Synapse, users can find others in the community that are specific to their interests. Tools such as this are guaranteed to help you in your quest of how to meet other lesbians.

Whether you’re rebounding after being on an unsuccessful first date or looking for a new love interest, you’re guaranteed to have a good time with these other online dating singles.