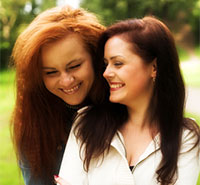 You’ve been dating for a while, it’s been going great, you talk everyday and really feel like you’re not just dating anymore, you act and feel like a couple. But how do you make it official? How do you know if the moment has come where you can finally change your status from “single" to “in a relationship"?

Never mind the “who asks" the question for a moment. The tough part is the timing, when exactly do you ask that particular dating question? Here are six signs that will tell you when it’s time to ask, “Are we official?”

That’s a sign that’s pretty hard to miss. When “Insert Name Here and I" become “We," that’s one of the best signs that she considers you two official. She’s speaking of the two of you as one entity, and that’s a good thing. It pretty much means that she sees you as a part of her, a part of her daily routine, her priorities and consciousness.

If she uses it while she’s talking to someone else, that’s an even stronger indication that you gals are a couple. Did she use it casually? Without noticing that she did it? Good! If her conscious mind didn’t catch it, it’s time to pop the question of where the relationship is heading and how to define it.

2. What Are We Doing This Weekend?

That’s another great sign right there that should be music to your ears. If she automatically assumes that you’ll be spending all weekend together, it means that in her mind, she is making all her plans with or around you. If you’ve been dating for a while, then it makes sense that the two of you go out pretty regularly. But to accept that it’s a settled thing, a weekly routine, definitely shows that she wants you around her for the long run. The signs are in place for you to ask her the question you’ve been dying to ask. 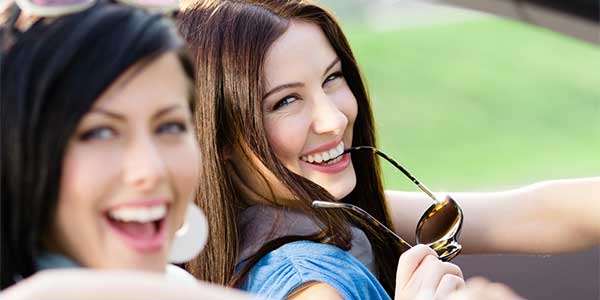 Even if you know she doesn’t drink it, you still ask because you know that she stocks your favorite foods and drinks in her cupboards and fridge. Which is no big deal, because you also do the same for her.

You probably don’t pack clothes and a toothbrush every time you stay over, you just leave your stuff there and she does the same at your place. If you ladies have been doing that for a while, then that’s a sure sign that neither of you are confused about your relationship. You can ask the question in all confidence. In fact, it may not be long before you ask whether or not to move in together.

4. I Know That Shirt

If you’re confident enough to wear the same outfits in her company that you did in one of your first dates, then you’ve most probably decided that you’re going to stay together long enough to run out of unique outfit arrangements. This applies the other way around, too. If you’ve been together long enough that you’ve worked through your entire wardrobes (and being women, you know that’s a big deal), then it’s probably time to change that relationship status. 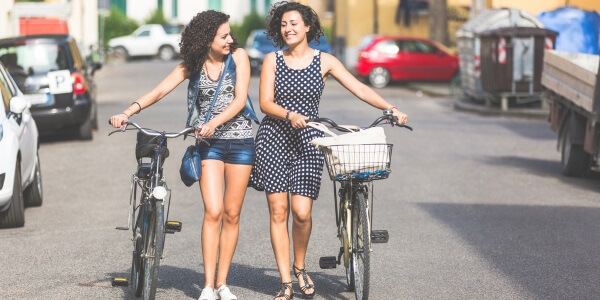 5. Let’s Eat With My Friends or Family

The people in her life are important to her. Introducing you to her close social circle, to her best friends and family means that she wants you around, that she wants you to get to know them and become a part of that special circle. If you’ve been spending time with her friends and family, and vice versa, then she’s definitely sure about your relationship. Never mind the romance of Romeo and Juliet against the world, the fact that she is comfortable in your circles and you are comfortable in hers is a big “yes" to “are we official?"

6. Want to Go There Together?

If she’s making future plans about going to a concert next month or on a vacation next break, then relax. She sees you as a part of her future and asking if you ladies are official is just a formality at this point. Obviously, both of you assume that you’ll still be together in the near future and make your plans accordingly. When that happens, go ahead and change that relationship status.

Using an online dating site, like match.com helps to ensure that you are spending time with women who are making long-term plans in regards to their lesbian dating choices. You don’t want to be planning future events with the girl of your dreams if she’s not interested in a long-term commitment.

It’s Time To Ask The Question

It’s normal to have feelings of apprehension about this. After all, you don’t want to assume, and you really do want to know, but how on earth would you be able to tell that it’s safe to ask? If these six signs are present, separately or several (or all!) together, it’s time to ask the question--with quite a bit of confidence about the answer. Good luck!

Now that you know that making it official is just a formality, meeting her family can be the next big scary step. To make sure that it will go a smoothly as possible, we’ve come up with this great guide that will provide all the advice you need.