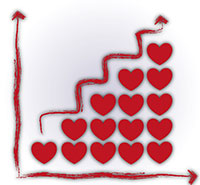 If that lady smiling at you across the bar isn’t a cougar, she certainly seems to be a wildcat you wouldn’t mind getting to know. And while you know that you aren’t a gold-digger, you can’t help it but wonder if you might have struck that precious metal for the first time since you came out.

Traditional society has in no way prepared you for the allure of a much older woman - or the attraction of a much younger one, for that matter. Just the fact that you are thinking terms like “cougar" and “gold-digger" show how embedded social biases have become. After, all, there’s no such thing as a healthy age gap in lesbian relationships...is there?

What Do the Stats Say? 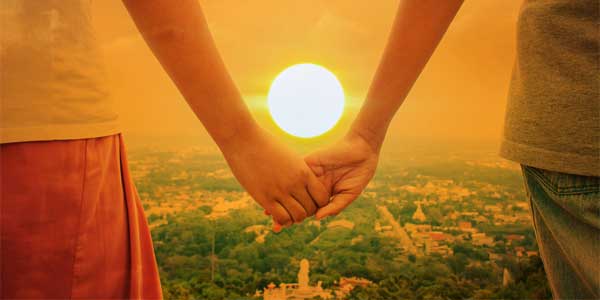 Believe the stories! There are a whole lot of celebrity couples who have been rocking a May-December lesbian relationship for quite a few years. In fact, they’d probably be the first to tell you that when it comes to finding your partner, age might be a factor, but it is never a barrier.

Now who hasn’t heard of this star couple? Together for 11 years and married for 7, these partners have a 15-year gap between them. But Ellen DeGeneres brazenly tells the media, “The truth is, and this is corny, I fall more in love with Portia all the time. I really do. She surprises me all the time [...]. I love her so much it kills me."

That US study on age gaps shows that the older lesbians grow, the less distinctive age gaps become. After a while, because both are maturing, age stops being an issue at all. This is true even for opposite-sex relationships, so it shouldn’t surprise anyone.

And because lesbian relationships are between women, while there might be an experience disparity, gender disparity is not added to complicate things. Portia de Rossi says that it was her wife who helped her find herself. “It’s so important to live an honest, open life and I didn’t really realize that until I started doing it."

Women are, as a general rule, more realistic about female beauty and aging, and find absolutely nothing wrong with a beautiful woman older than they are. The Allure survey suggests that as women grow older, the more confident they become in their own body images, and the less they care about body image issues. Let’s face it: confidence is always sexy.

No lesbian couple illustrates realistic beauty as much as Jenny Shimizu and Michelle Harper, together 3 years and married for 1, with an age gap of 11 years. Michelle, the junior in the relationship and described as “made to be photographed" in the New York Times, is obviously attracted to Jenny, who by her own admission does not feel like wearing makeup most of the time, and therefore doesn’t. Yet, Michelle, who doesn’t seem to mind her wife’s natural looks, enjoys letting Jenny try on makeup, and Jenny enjoys making Michelle happy. What could be sweeter? 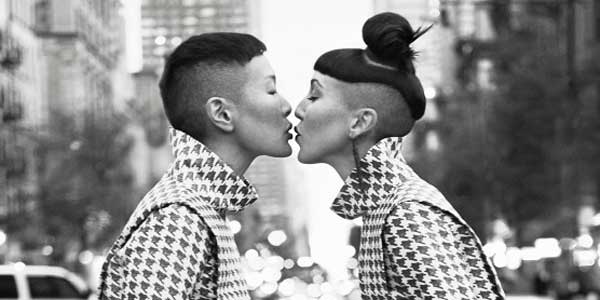 Who Cares About Age Gaps Anyway?

If age isn’t a factor for you, most online dating sites offer the ability to use profile searches to help find someone in the range you are seeking. The complex search algorithms, like those used by CompatiblePartners or match.com allow users to find their next partners by age.

Younger, older, whoever it is that you’re attracted to, go ahead and show you’re interested. After all, just look at the statistics and stories. Age gaps? They’re the traditional stance of opposite-sex couples. For lesbians, it’s always been about the other girl.

Age gaps don’t matter when it comes to love. If you’re looking for a more experienced woman to be the December to your May, check out our list of online dating sites for senior women.

SilverSingles is the home of serious dating for 50+ singles looking for love and companionship. It’s easy to use and boasts an intelligent matchmaking algorithm to deliver partner suggestions based on personality and interests. So, if...