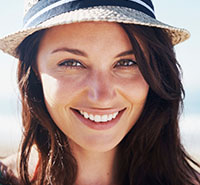 Top lesbian online dating sites, such as CompatiblePartners​, and to a lesser extent, lesbian online dating apps, can certainly widen your pool of available lesbians and expose you to all sorts of women. These dating sites mirror the lgbt community at large and the same types of lesbians are found in both cases. While almost everyone in the lgbt community cringes at hearing all the usual lesbian stereotypes observations when voiced by straight people, it can be quite funny from an insiders point of view to poke fun at these stereotypes and expose how shallow and ridiculous they really are - all in good fun! 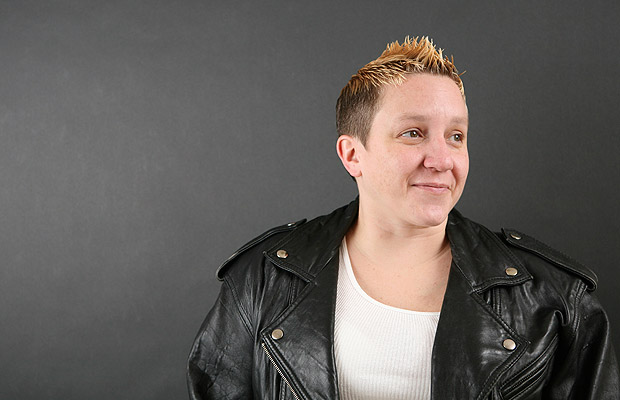 Everyone knows “the butch" type. In her profile picture she looks a man. She is loud and aggressive in chat rooms and basically drowning in testosterone. She is usually referred to by straight people as “the guy" in all lesbian relationships they see (usually on mainstream television shows because people who say this obviously never met lesbian couples before in their lives). The butch no doubt acts this way because her parents didn’t give her enough dolls to play with as a child, or because she wasn’t born naturally pretty and feminine, or because she has an out-of-control penis envy issue, so really, what choice did she have other than to try and become a man (thanks for that fascinating insight, Freud!). Now she stalks lesbian online dating sites for seeking the ultra feminine lesbian (see number 2) to make her pet.

This is the countertype to the butch. The lipstick lesbian is girly and giggly, wears make up and jewelry everywhere she goes, and probably works in the fashion industry. Her profile picture will most likely show her covered in glitter and pink, wearing a sultry and tempting smile to catch the eye of that all-testosterone butch. This one turned to the lesbian lifestyle just because she hasn’t met the right man yet. As soon as she does she’ll see the error of her ways (because we all know that to be a lesbian is just a matter of choice, right?).

3. The One Who’s Looking “To Experiment"

Otherwise known as the “late-to-life" lesbian who is just now making the transition from the straight world culture she grew up in to the lesbian culture she is curious to get to know, this lady is hard to distinguish from the rest based solely on her profile picture. However, she will be absolutely clueless in the lesbian discourse that dominates the chat rooms. Her late blooming is no doubt a result of some major trauma she experienced recently and with a good psychoanalyst she can still “come to her senses" (no doubt one that implements Freudian practices).

4. The Lesbian Who Lives With 10 Cats

This lesbian is also known as “the crazy cat lady". After all, up till a few years ago, lesbians couldn’t marry in most parts of the US, so what choice did they have other than to become old maids and gather as many cats around them as possible for company? Her profile picture will typically show one (or ten) of her cats, or a picture in an animal rights demonstration (wearing a t-shirt with a cat on it). These types tend to be secluded, eccentric, and live alone at the edge of a small rural town. They can be found online 24/7 but be careful, they can be big chatterboxes from lack of people to talk to (there’s only so much you can say to a cat).

We all know how to spot this one. The Adam’s apple increases in its size during male puberty and has become a very (mainstream) indicator of their sex. So what if biologically this is a lump or protrusion that exists on all human necks, or that low-risk surgeries today can reduce the size of the adam’s apple in men? If we see a profile picture of a woman with a lump on her throat, we automatically suspect that she used to be a man. Tsk tsk.

6. The Lesbian Who Hates Men

The main stereotypical explanation for this woman’s hatred of men and lesbian lifestyle is rooted in the very “scientific" assumption that men hurt her as a child, a trauma that magically turned her into a lesbian (never mind the fact that 1 in every 5 women in the US has been sexually assaulted and yet, there are nowhere near that many lesbians). Now, out for revenge, this hostile and aggressive lesbian can be identified in online lesbian dating sites by being very open about her ideas on gendercide and male castration in chat rooms and on her profile. 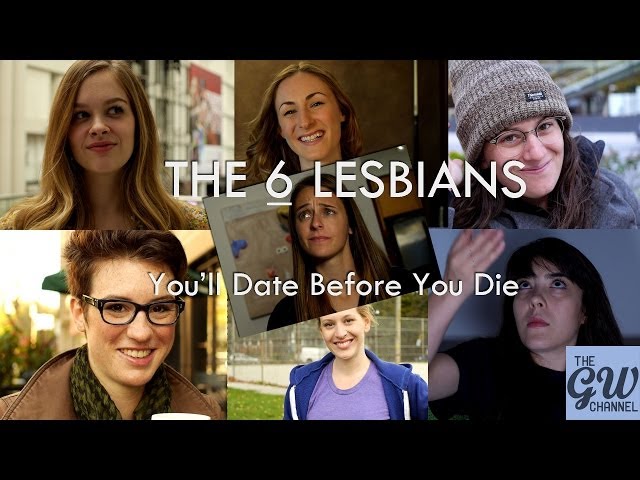 Ready to meet as many types of women as possible in lesbian online dating sites? Read our reviews on our top picks and sign up today!