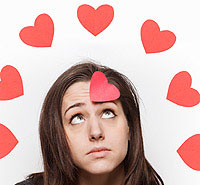 Buzzfeed’s Brittany couldn’t have said it better - lesbian dating is no easy feat! Single lesbians all over the world can empathize with her video, and they sure can empathize with our list below. After all, who isn’t looking for “a nice, available single woman who knows she’s into other women, that’s done experimenting, isn’t going to move into my apartment after two weeks, and hasn’t slept with people I’ve slept with. Is it really that difficult?!" Apparently so!

Without further ado, let’s take a look at the 5 dating problems all single lesbians know far too well. But don’t worry, we’ve got the perfect solution just for you.

It’s a tough dating market out there for single lesbians. Most women are straight, and the limited few that are lesbian (only 1-2%!), are already in a relationship. To top it off, recognizing who is and isn’t a lesbian is not always clear. Some ladies have an ‘air’ about them, but other women, especially lipstick lesbians, can come off as straight.

Online dating sites. Such platforms can really simplify the search process as you can filter your search according to your sexual interest. This is a great solution. Probably the best out there due to the filtering options. If you haven’t joined some of the more extensive ones (Zoosk and match.com come to mind), you are missing out on great opportunities to meet available online dating lesbians.

#2 Problem: She Dated Your Friends & You Dated Hers

It’s a golden rule in lesbian dating: if you’re both lesbian, she’s dated your friends and you’ve dated hers. Heck, she’s even dated your ex-girlfriends. The lesbian dating pool is so limited, that it’s borderline incestuous. It’s not out of the ordinary to bypass the six degrees of separation to a two lesbian degree of separation. Look up any local lesbian hottie and you will quickly see how single lesbians on Facebook all share mutual friends with you.

Don’t want to be approached by your best friend’s ex? Don’t want to inadvertently chat up the wrong woman? Get snap happy. Many of the best lesbian dating sites allow you to upload multiple photos, so you can show everyone out there exactly who you are, in all your selfie-taking glory. But listen to the latest studies by Zoosk and avoid the bathroom selfie, it’s so passé. 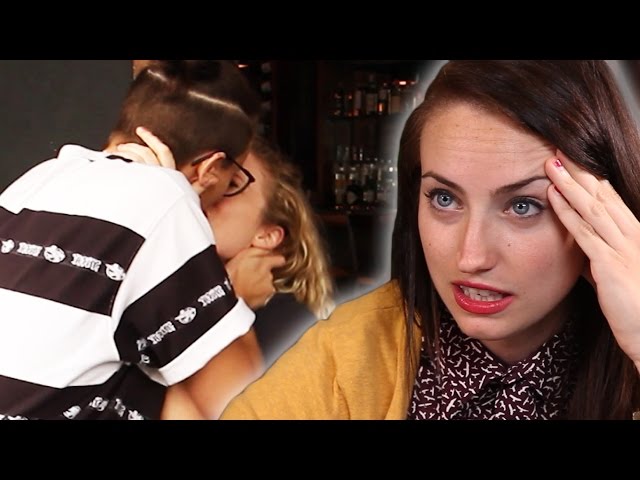 #3 Problem: She’s Just Not That Into You

Ah yes, the unavoidable situation of falling in love with the straight girl. Completely unobtainable, beautiful and complicated, straight women can make any lesbian sigh in despair. Hold back the excitement: you’re genuinely and emotionally into her and she’s in a fun, unemotional, sexual game. Only one person is bound to get hurt here and it’s you. Meanwhile, she gets a sexy story to tell future boyfriends.

Why hang around waiting for an unavailable woman when there are so many fish in the sea? Despite the myth of the straight girl who went lesbian for the right woman, aren’t you much more likely to find Mrs Right on a website dedicated for gay and lesbian singles? If you’re sick of being messed around, try a serious lesbian matchmaking website like Compatible Partners which is created by the founders of eHarmony, responsible for more committed marriages than any other site.

#4 Problem: U-Haul is on Speed Dial

There’s an ongoing joke within the lesbian community: What does a lesbian bring on a second date? A U-Haul. Moving in together after three dates is the perceived definition of lesbian relationships. Sure, it’s a joke but a joke somewhat based on reality as well. Lesbian relationships tend to get very serious, very fast since women are more inclined towards intimacy and forming stable partnerships. What does this mean for single you? Well, the dating pool gets very small, very fast- lesbians are taken and in committed relationships in no time.

If you don’t want to click with a woman only to find out she’s ready for an engagement ring while you’re still working on your first date onion rings, you better be clear from the outset. In contrast to a bar or club, online dating sites let you make your expectations crystal clear before you even clap eyes on one another. In fact, personality and compatibility questionnaires are common place, such as experts Elite Singles who make sure you’re both looking for the same thing in terms of commitment, marriage and even kids before you even recieve an introduction.

#5 Problem: Every Lesbian is a Friend, Partner or Competitor

Straight people have it easy in comparison. In the lesbian dating world, anytime you meet another lesbian, she will either become a potential friend, sexual partner or your direct competitor (or eventually all three). Your friend and partner pool is one and the same, which is why lesbians are dating each other’s friends and exes constantly. To top it off, women are generally competitive imagine simultaneously finding a woman attractive and feeling jealous of her physical looks!

Online Dating combats all these problems and more. It gives you hundreds of thousands of women to sift through, limiting the competitive nature of dating, (someone for everyone!) and also offers a great way to get to know someone for who they are before focusing in too much on looks. Use text chat and read all about your potential matches in detailed profiles and often even extra features such as dating diaries before moving to audio and then video chat. Once you’ve hit it off, move to offline for a much greater chance of lesbian dating success.

When it comes to online dating, the outstanding benefit of such platforms is definitely the great time saving factor. When you’re dealing with a limited pool, your goal is to not waste time with failed attempts, or even with recognizing if a person is lesbian or not in the first place! Dating sites save you from such disappointing attempts and pretty much enable you to initiate a date by the click. Problem solved.