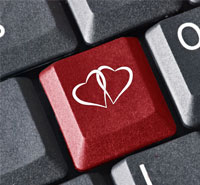 According to the University of New South Wales' Kirby Institute when weighing in on gay dating facts, more men find their mate online than through any other avenue available to them. This may be due to the lack of time to entertain publicly, longer work hours or other time constraints. The study done by the University shows that around 80% of gay men find their mates through online dating sites and apps on their cell phones, which is up from only 14% back in 2001.

Where gays look for love the most can be summed up by how much of our time is consumed by online activities. With so many jobs incorporating the internet, staying in touch with family and friends as well, it makes sense that you would turn there also for love interests. In 2001, the most active venues were bars followed by those venues that allowed sex in private. With four out of five men now finding their love online, it makes sense why you would want to register at CompatiblePartners as a means to get in on the action. 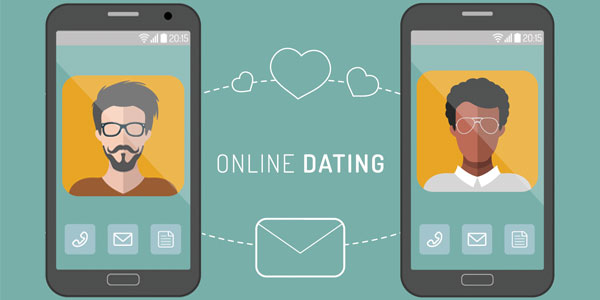 With so many men taking to the web in order to flirt or find love, it takes away the personal experience. There is still something to be said for a phone call and not just a text or a message through a single site. Meeting online is a fantastic idea, as you can get to know a person and not just a body.But follow through and actually spend time getting to know the REAL person, and not just the facade they put online.

Although it is much easier to find someone online than it is in person, is there something being missed by taking the online route? Many singles believe that it is easier to meet through the internet on sites like Zoosk because you can be yourself without having to worry about putting on a show. If you do not make a lot of money, it doesn't matter when you are online. In essence, the idea behind it being easier comes from the desire to be accepted without the possibility of rejection. Even though there are plenty of people that will not return a message when on an online dating site, it is not considered a slight or rejection.

Ten years ago when apps for cell phones were nonexistent, the local bar or even the adult toy stores were top spots to meet. This tended to change when the capability came about to contact others without feeling as though you were putting yourself out there too much. Not only did this lead to safer sex according to the University, but it also allowed for people to take more responsibility and make better choices in mates.

When talking about gay dating facts and statistics, Match got involved in a survey to determine trends. Being interested in the users they serve makes them a top choice of online dating service providers. The survey showed 88% of men in the gay community were actively seeking a relationship. Of the men surveyed, the most important things they were seeking included a sense of humor and openness to communicating. Another 22% said that it is important that their mate is in better shape than they are. And just for the record, over sixty% of ALL people that were surveyed said that checking your phone while on a date is seriously rude. So whatever you do, leave it in your pocket if you want the date to go well.

This survey goes on to detail more than 40% of gay men as well as a slightly higher percentage of lesbians want to get married. And just under half of all gay men surveyed said they believed they would fall in love with a person they did not find that attractive at first. So even though more than 90% said that it was very important to them that their mate be attractive, that is not to say that if you consider yourself an ugly duckling, that you won't find your love also.

And all is not lost: romance is still alive and well, as 65% of all gay men believe in love at first sight. So if you have not yet found your mate, head on over to match.com and fill out a profile to see who and what is out there for you.