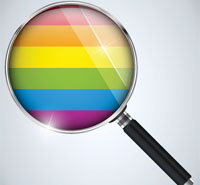 There are certain things that we hear, and for whatever reason we give them a certain level of credibility that we automatically accept as fact. There are a lot of myths and misconception about life and love, especially in regards to gay singles, their relationships, and how they date.

Sometimes we shut our eyes and ears to facts, simply because the emotional ride of talking over a “taboo” or “sensitive” subject is so much more exciting than cold-blooded research. That hushed “Did you know?” trumps research every time.

In a recent breakthrough study of 3.2 million profiles, mixed gays and straights, a poll from 1 through 10 was taken to decide whether or not gays were more promiscuous. They took the median (half of the respondents answered below this number and the other half above it) of the respondents’ sex partners per gender group. Amusingly, all respondents answered “6”, believing that gay singles are more promiscuous than straight singles.

This only serves to highlight that the number of sex partners that a person has is his or her conscious choice, no matter whether he or she is gay or straight. A man can be gay and have only one sex partner for life. A female can be straight and have fifteen. Gender identity does not dictate a person’s decisions when it comes to having sex partners.

Gays Hit on Members of Their Own Sex, Regardless of Orientation

Every time a gay is asked by a straight, “So you’re gay? Are you going to hit on me?” he or she probably wants to respond: “Of course not! I have standards!”

The same study mentioned above shows that in general, gay people search for matches in their own gender identity group. Of gay males, 99.40% stay strictly within gay profiles. Of gay females, 99.90% stay strictly within gay profiles. For straights, 99.87% of their profile visitors are straight. If you are afraid you might accidentally contact someone on a dating site that isn’t gay, use dating sites that have portions that are exclusively gay online dating sites, such as match.com.

It is the product of an overactive imagination to think that a gay person would have no problem hitting on half of the human race. Each and every gay person, like each and every straight person, is a unique individual with a unique upbringing, with unique tastes.

In other words, they have types, just like anyone else. They have different standards of attractiveness, different preferences for a friend or partner. They have goals in life, and passions, as well. To look at a gay person of our own gender and assume that they are looking at us as sexual objects and nothing more, is not sound reasoning. And with the wonders of gay online dating sites, you can have find the person that best fits your goals and passions. 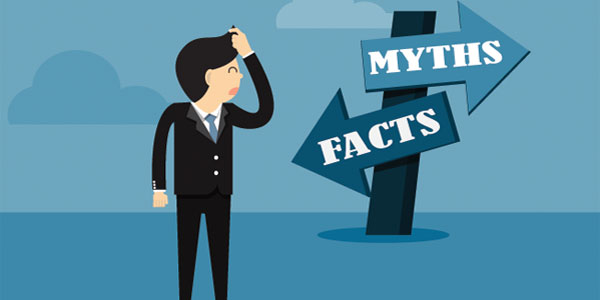 First of all, what are the basic needs of any romantic relationship for stability? According to an article in Psychology Today, the main needs are: 1) communication, 2) commitment, 3) constant sharing of life, 4) intimacy (physical and emotional), 5) shared goals and dreams, 6) forgiveness, and 7) humility. Not that the relationship needs to be heterosexual, gay singles are not exempt from happiness, love, and long term relationships.

An Essential Parenting article directly links a child’s well-being and general sense of happiness to the stability of his parents’ relationship. If the child’s parents show the hallmarks of a stable romantic relationship, why should the child not be generally happy and properly mature?

Well-being in school is directly related to a child’s family environment. This shows that if children who grow up in same-sex households do no better and no worse than heterosexual households, then the problem most probably does not lie with the parents’ gender identities.

At the End of the Day

The worth of a human being has nothing to do with gender identity and the uniqueness of an individual is not defined by gender identity, either. When you come right down to the bare bones of statistics, it shows that gays are just like straights when it comes to dating and relationships. Their basic relationship needs are the same; and they look at other people like human beings, not just as a list of “to hit on” or “not to hit on” guys. So leave behind the rumour and hype, check out the real facts and gay dating stats, and find your perfect CompatiblePartner.

Don’t fall for the myth-conceptions and stereotypes of the mainstream media. Find other smart, like-minded individuals that know the truth about gay dating on Zoosk and begin your journey for romance.