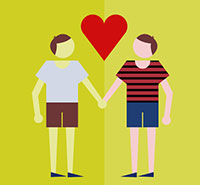 Most people would agree that being in a relationship is a challenging yet worthy endeavor. In recent years, with the rise of acceptance of same sex couples and with over 50% of Americans now supporting same-sex marriages, it is often wondered – who is happier between gay couples vs. straight couples?

Are gay couples happier than their heterosexual counterparts? The answer is a resounding YES. The results of a recent British study show that gay couples involved in committed relationships are indeed much happier about their future.

The study was founded by the Economic and Science Research Council and consisted 5,000 people – 50 participants whom they followed up for in depth interviews. The study aimed to understand how modern couples maintain their long term relationship success throughout life’s challenges.

“LGBQ participants (lesbian, gay, bisexual and queer) are more generally positive about and happier with the quality of their relationship and the relationship which they have with their partner" the research concludes.

However, the study also finds that while same-sex couples are likelier to be more positive about their relationships, they still experience challenges when it comes to public displays of affection. “Many LGBQ couples, especially the younger ones, say they would not hold hands in public for fear of reprisal." says report co-author Dr. Jacqui Gibb.

Interestingly, Long Doan, main author of the study learned that in some cases, gays and lesbians were even less approving of same-sex couples engaging in public displays of affection.

45 percent of gay respondents thought it was acceptable for straight couples to French kiss - but only 39 percent believed gay men ought to do so as well.

“That might be due to fears in the gay community that such behavior might lead to harassment and hate crimes", said Doan. The study appears in the December issue of the American Sociological Review.

Why Are Gay Couples Happier?

Since it is clear that same-sex couples are indeed happier in their relationships despite more discreet affection practices, why are they happier than straight couples? One reason is that they understand each other’s needs much better because they are the same sex. The study also found that gay couples are more likely to do little, meaningful things for each other that couples in a heterosexual relationship might not do or care about. The big gestures, such as lavish evenings out with bouquets of flowers and boxes of chocolates are fine, but they don’t mean as much as going for a walk and talking, saying thank you often, and making a meal for your partner.

When it came to affection, foot massaging and cuddling on the couch were seen as the two most nurturing physical actions. It is therefore the simple things that foster relationships and make you and your partner feel valued and happy. 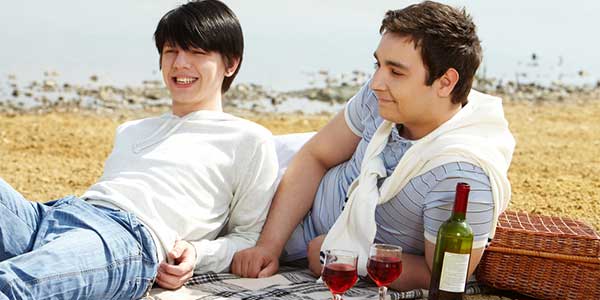 Still Looking For Your Happy Relationship?

If you’re still searching for your perfect relationship, don’t fret! match.com boasts a success rate where its members are three times more likely to find a partner than other online dating sites. One reason for this increased likelihood of finding a happier gay relationship is its DateSpark feature that gives you the chance to describe your perfect date. match.com then matches you up with partners who will indeed be the other half of your perfect date.

Another online site is Compatible Partners. Instead of sorting through endless profiles, this site provides you with a selected group of potential matches to give you a better chance at a long and lasting relationship.

If you are either in or looking for a long term relationship, your chances of living in a happy, long term gay relationship are indeed more likely than those of your heterosexual counterparts.

While searching for love, why not sign up to the largest online dating site, Zoosk which features a Behavioral Matchmaking engine and based on your input, the site sends you compatible matches giving you the best chances to find happiness!