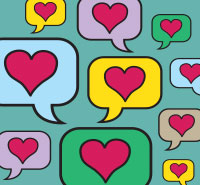 You met on a dating site, his profile seemed appealing and you started chatting online. The several conversations you had made you smile, feel great and confident, so you asked him to meet. Getting someone to say yes (or even getting asked) on a first date is an exhilarating experience. But in the middle of celebrating while jumping on your bed with both arms in the air, a thought might occur to you that takes all the wind out of your sails.

What on earth am I going to talk about face to face? What is a good gay conversation starter for a first date?

Relax. Don’t let panic set in and send your imagination careening out of control! Before you find yourself scribbling speeches and tearing them into confetti, take a deep breath. Now, let’s walk through some simple conversation starters and extra dating tips for gay men that will make your first date a success.

You finally meet, both excited to start this date, your eyes make contact wondering how this date will turn out to be. As you sit down across from each other, you start feeling a little nervous, but who wouldn’t? Remember to just be yourself and engage in a casual conversation. Here are some conversation starters that could easily give you plenty to talk about.

Ask him why he likes it and what he likes about it. If you listen very closely, your date will tell you more about himself than about the movie. Take notes. Is it romantic comedy? Action? Drama? Which parts are his favorites? Why? The best part about this question is that you get to see his best foot without him worrying about putting it forward. Ask two or three follow-up questions, to let him know you were listening, and to remove any awkwardness he might feel about talking so much.

If you ask him about his job or career, it might call up the last time his boss yelled at him or how long it’s been since his last promotion. Put those sorts of questions aside and ask him what he wants to be, if he could be anything. An astronaut? A racecar driver? A fashion designer? Talking about dreams tells you a lot about a person’s ambitions and positivity (or lack thereof).

If you’re not sure which way to go, try asking what the first job he ever wanted was. Did he want to be an ice-cream vendor for free access to as much ice cream as he could hold? A painter so he could paint walls all day with no one to stop him? Make the topic as fun and positive for both of you as you can. It’s also this sharing of experiences that helps the relationship along.

No man is the sum of his job description. If he wants, let him talk about his job. If he doesn’t bring it up, however, go ahead and ask what he enjoys doing on his off-time. You’d be surprised, but some may say that they don’t really have a hobby. If that’s the case, don’t awkwardly stop the conversation, just follow with leading questions.

Does he like sports? Clubbing? Reading? Don’t let him answer in simple sentences with no explanations. Let him know you’re really interested by asking him for specifics. If it seems as if a second date is on the horizon, suggest that it consists of one or two of their hobbies. This shows that not only were you listening but that you actually care.

This is the equivalent of asking a kid who he wants to be when he grows up. It’s a great conversation starter because they get to talk about who or what is dear to their hearts. If your date is passionate about human rights, or the environment, it will come out here. If you can get him to open up to you about it it’s a great indicator that he feels comfortable with you. And not only that, you actually get to learn about his values and preferences.

This is a great conversation starter, and neither of you have to have left the country for you to discuss this one at length. Wherever you and your date have been, keep it in those areas. Has he been only to the next city? Has he never left this one? Has he visited every continent in the world, even Antarctica?

Don’t forget the why and what questions. If he’s shy, this topic won’t be fun unless you’re asking the right questions. It might go like this: “Have you been out of the country?” “Yes.” “Where?” “South Korea.” Engage him on the topic! Ask why he went wherever he went. What did he do there? What did he most like about it? Would he go there again? Why? Let him know you’re listening and interested, even if you haven’t been there yourself. 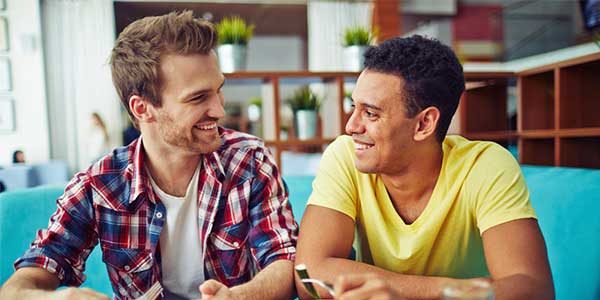 Continue Where You Left Off

At the start of the date, go ahead and begin the conversation with the last thing you guys were talking about before you met up. As some dating sites like Zoosk offer video chatting and smartphone apps, it is easy for their users to stay in constant touch before engaging in their first date.

Don’t worry so much about what you’re going to say that you forget he has a mouth and that you’ve got ears. When he’s speaking, pay attention. It’s not just to show him you’re interested. Any detail that he drops about where he’s been or what he likes to do is another possible conversation topic and more importantly, more details about your compatibility.

The worst thing that could happen is that by the end of the date, your partner is left with a completely different image of who you are. Speak your opinions clearly and politely, don’t just adjust them to your date’s so he’ll like you better. A little light debate doesn’t mean you won’t be able to form a long-lasting relationship.

Now that you’ve got the best available dating tips for gay men, don’t write them on your hand and sneak glances while on the date. Remember this gay dating advice: the first date is about creating a connection and exploring the possibilities of a romantic relationship between the two of you. Don’t start with a checklist of conditions and topics. Think of building a friendship first. That is the best starting point to any relationship.

You’re now equipped with the ice breakers to remove awkwardness from your first date, so what are you waiting for?! Get started today and find the man of your dreams with these top rated gay dating sites.