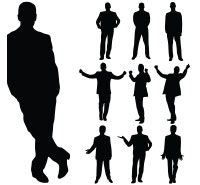 Ready to date? Good! But before you jump into the sea and get dizzied by all the fish, let’s talk about the types of guys to avoid dating. There are plenty of great guys to date, so don’t get stuck with any of these. Read about the 5 gay guys you really should avoid on online dating sites.

It is hard to spot a manipulator, especially if he’s perfected his game. The Subtle Fisherman picks his targets and studies them. When he knows his approach, he goes in for the kill, hook baited with no silver showing.

Usually, his romantic attention will decrease gradually as your dates continue. If you find yourself begging for attention, that you feel like you “lost” because you did something wrong, then something is definitely wrong, but not with you.

If you go out with a person and he says, “Love the shoes! Wrong color, though,” tag him as someone possibly trying to change you. Shoes might just be his pet peeve, and who doesn’t have one of those?

But, if he comments on your height and suggests elevator shoes, don’t hesitate to say, politely, that you wouldn’t mind if this was the last date. Life it too short to be stuck with someone who doesn’t like you for you. Your perfect gay match is out there. The good news is, these types of guys -- the ones to avoid -- can usually be found early because they can’t help themselves. By using advanced chat features like the one offered by Zoosk, the winner of the 2015 Innovator Award in online dating, you can get to know someone quickly and avoid having to spend real time with them.

Mirrors are basic human rights. Leaving the house without looking at one probably breaks more than one law of nature. But if your date has some kind of sensor that tells him when there’s any reflective surface around, he might be self-obsessed. Being with someone self-obsessed and insecure won’t lead to a healthy relationship.

Additionally, if he constantly uses the words “I,” “Me,” and “My,” take notice. If he thinks that the world revolves around himself, which probably won’t change once you’re in it.

In this Greek myth, Damocles finds out that the king has a sword hanging by a thread pointed down over his head.

You don’t want to date a guy who thinks of everything in dollars and cents. It is miserable dating someone who might snap if you mention spending money. It’s hard enough to limit yourself to walks in the park, without fearing to suggest ice cream. That’s not just a damper on the relationship, a cheapskate is a Damocles’ Wallet, and you do not want that hanging over your head at every date. 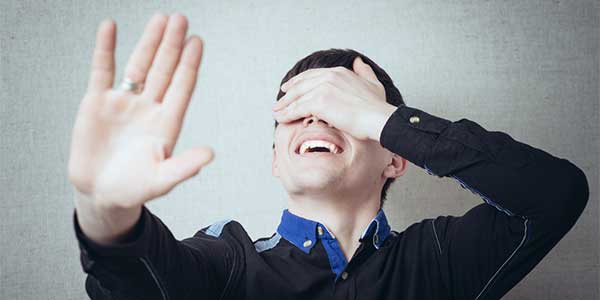 If you met your date over the internet, there’s usually a short description of what a guy’s looking for in his perfect gay match. So, if he says that he’s out to look for a committed, long-term relationship, and then spends the entire time telling you stories about his numerous gay hook-ups, that’s a key indicator that you are dealing with a player type.

6. The Eye of Sauron

If your date makes you feel like the Ring of Power and that his Eye is always watching, that’s a sure sign that you should get out. He’s being over-possessive -- even if you are his precious.

I mean, you want to be able to order a drink without being asked if you were flirting, right? And you definitely don’t want to wave to an old friend and be asked if that’s one of your ex-boyfriends. Jealousy is ugly, even on the hottest of guys. This sort of guy, more than the others, are the types of guys to avoid dating.

This date is the kind who tells you what to wear on the date, decides where you’re going, and then during dinner, proceeds to tell you precisely what you will do afterwards.

Try to put your own thoughts forward, and see how they are received. If he quickly shoots them down and tells you what you should do and why, back away. He’s a Puppet Master, over-controlling, not likely to change.

Do you want to hear whispers about your dining habits going around? Or about how your tie didn’t match your suit? Or even worse, details about your intimate life? If you don’t, then watch out for The Gossip.

These dates can’t keep anything to themselves to save their lives. The good news is, if they talk to you about other people, you can instantly red flag them as gossips, and back away. Your private life is not a topic of discussion.

If you have entered the dating scene to find a committed, long-lasting partner, avoid these kinds. Even if you like him a lot, think it through. You are looking for a gay relationship, not a gay hook-up.

Very often, this type of guy is on the scene just for sex, not a long-term relationship. So if they bring sex up very early in the date, back away. That’s not the kind of relationship that you want.

If the guy’s phone is a third wheel in your relationship, stop dating him. This is especially true if he’s an overachiever at work. Business will always be his top priority, and your dating him won’t change it.

If every call is “just this once” and “sorry, very important,” you should probably proceed with caution. If you really like him, wait for him to figure out his priorities first before picking up the relationship again. Otherwise, walk away.

Believe it or not, there are kind, considerate guys out there who are just as anxious as you to make a relationship work. You are more likely to have success with an online dating site that uses advanced algorithms to match you up with your perfect gay match. Using leaders in online dating, like match.com, you can use their advanced search algorithms to weed out these 10 types of guy in your search for users. Look for guys who know themselves well, who are flexible and understand that in any relationship, it takes two to make it work.

Now that you’ve figured out the men that you want to avoid, get busy trying to find that man you can’t get enough of!