Gay Dating Confessions: What You Need To Discuss On The Third Date 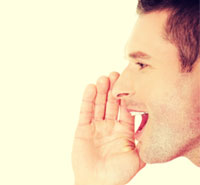 You like him. He likes you. It’s clear you both enjoy each other’s company. This is when you start thinking about the next step and if you both are compatible for a more serious relationship. But there's just that one thing weighing in the back of your mind...

The third date is when all sorts of secrets start to come out and it's up to you to decide how much you want to share about your personal life. Some dating confessions are worthy of discussing and others, perhaps it’s best to keep some secrets to yourself. But which is which?

Everyone comes "out" at their own pace, and for most people this won't necessarily be a deal breaker -- it's understandable, even in this day and age, that it could be problematic to come out in some industries. And for that matter, it's not anyone's business but your own. That being said, you do need to give your new love interest a head's up as to what they're going to encounter when they meet family, friends and coworkers.

Are they going to be forever relegated to the role of "best friend" or "roommate"? Or is the secrecy limited to, perhaps, just not showing up to some minor work functions? Is this something that you're working on, or is it just going to be their life now? Take some time to really talk this one out, because it's going to be important. It controls whether you're going to be able to go out with your partner in public.

By the third date, you should have had some interesting conversations with your partner. Whether you put it smack dab in the middle of your match.com profile or not, your beliefs and values should be known to your partner. Sharing the same values in life is essential to a healthy, fulfilled relationship. Of course there are couples who have different belief systems and get along very well, but it’s not the ideal partnership. Your values in life, the qualities that you holds dear - these not only define who you are, but to a large degree influence your choices. For example, if your partner is religious, it’s very likely he’ll love celebrating traditional holidays. This could determine how you two will be spending the holidays together, how you’ll raise a family and overall what your life together would look like. 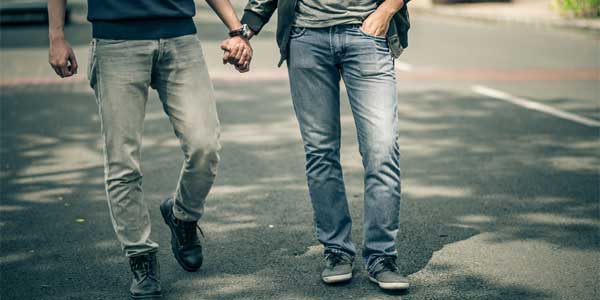 3. "My Family Is Not Exactly Supportive...

Sometimes you're out... but the dust still hasn't quite settled. If your family knows that you're gay but isn't supportive of your choices, this is probably something that's going to be problematic in the future, at least in some capacity. A person needs a thick skin to deal with this sort of thing, especially when they don't have the buffer of familial kindness. Make sure that your partner knows what kind of situation they might be stepping into in the future. Some people just don't want the drama in their lives -- they've already dealt with it on their own.

4. "I Have A Complicated Heterosexual Past..."

This is perhaps one of the gay dating confessions that are most personal -- it's absolutely up to you as to whether you want to disclose it or not. But the reason it comes up as one of the major honest gay conversations is because many people have lived an entire life as a heterosexual, including an ex-wife and children. This is one of those things you might even consider putting up on your Zoosk profile before you meet up. Not everyone wants an "instant family," especially when the family situation may be more complicated than most.

Don't get too scared by this list. Yes, there will be some deep conversations, but there is nothing that is so overwhelming that the right partner won't be willing to work with you to get past it together. It is better that you find out whether the gay men you’re dating are willing to make that commitment sooner rather than later. And until you do find that correct partner, you can load up CompatiblePartners, a site specifically designed for the gay and lesbian dating community.