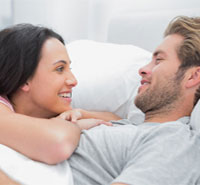 In the very fast-paced world that people are accustomed to, many are unwilling to wait for anything and want instant gratification. Interestingly, this inability to wait has also become the standard for sex, even amongst Christians. In today’s culture, love and marriage are a commodity, with sex the ultimate price - or prize, depending on how you look at it. If patience is a virtue, why can’t the majority of adult Christians today wait and tie the knot first before having sex with the love of their life? On the other hand, you might be feeling bad about your recent decision to have premarital sex as a Christian; therefore, these statistics might bring you some comfort and make you feel less like an outcast because of the stigma that comes with sexuality in world of Christian dating and intimacy.

Some Shocking Statistics Regarding Christian Dating and Intimacy

The 2014 State of Dating in America report released statistics on 2,647 single respondents who participated in a poll regarding online Christian dating and intimacy. Of those whose ages ranged from 18 to 59, 61% of Christian singles stated that they have had sex before marriage. While the last statistic was surprising enough, the most surprising statistic was that only 11% said “No" to the idea of premarital sex when polled about Christian intimacy.

While the sex statistics themselves were shocking enough, it was the statistics on living together that really shocked the Christian nation. When asked about the amount of time required before deciding to move in together, only 12% said they would want to wait until they were married to move in together. A whopping 78% agreed on living together if they were together for more than six month.

In addition, data collected from a Relevant Magazine’s poll in 2011 showed that roughly two-thirds of single Christians are self-confessed to be sexually active, while roughly around 80% of young single Christians have had sex outside of marriage. Another study, conducted by the National Association of Evangelicals (NAE) in partnership with Grey Matter Research, revealed that at least 44% of single Christians from ages 18 to 29 have had sex which also includes 25% who admittedly have had casual sex encounters in the last three months. 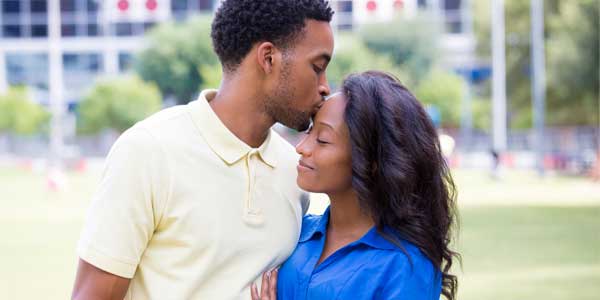 While the numbers vary from study to study, one thing is positive: young, single Christians are getting physical well before exchanging their marital vows. If dating a devout Christian is something that’s very important to you, you should check out some of the online dating websites that specialize in bringing Christians together such as Zoosk and ChristianMingle.

Too Much Christian Intimacy Too Soon

The majority of Christian singles are active participants in a church setting. Even though there is a lot of promiscuity going on around the world, Christian singles still believe in marriage and are firm with their faith in God. Furthermore, most are concerned with appropriate Christian dating practices, they just waiver. Many believe that there is just too much temptation and focus on sex in life and in the media. We feel that the following questions should be asked:

Are the rest of the Christian singles dating to catch up with the modern times?

Is there peer or social pressure to engage in sex before marriage?

Are Christian laws meant to be bent? Are they outdated for the times?

What has led to such an increase in sexuality and decrease in mortality?

Is it really impractical or unrealistic to wait for marriage before engaging in sex?

There definitely is a lot of confusion and paradox in regards to premarital sex and faith.

Whatever happened to the purity culture that preached “true love waits?" With the release of recent statistics, offering such frightening insight into the Christian dating world, has Christian intimacy gone too far, too fast? It’s not that it’s a taboo topic for singles or that there is a misconception that tells you sex is “evil" or “dirty", it’s just that there is always a best time to engage in sex and Christians believe that God dictates that this is after marriage, not when the urge hits.

Both human beings and animals are sexual by nature, experiencing sexual arousal or libido, but there is a huge difference between how humans and animals react to sexual tendencies. Furthermore, humans are expected to practice self-control to some degree. Sex is a beautiful and enriching experience, especially when you do it with the right person and in the right place in your life. You could feel that it is the right time to have sex with someone you love even when you are not yet married, but that’s between you and your God - or just you and your partner.

After seeing the statistics on Christian intimacy and dating, aren’t you ready to let us help you find your perfect match.com?