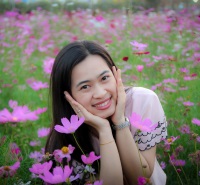 Okay.  I have a confession.  I am a Christian woman, and the "Suzy homemaker" gene missed me.  I can’t sew, and my cooking skills are lackluster. I grew up in a Christian home with a traditional mom.  She worked a regular 40-hour work week, but she still came home and cooked every night.  I admired her.  I knew one day I was going to be the wife and mom she modeled before me.  Then I was tasked with baking a boxed cake, and I forgot to add water.  It was then that I realized the kitchen wasn’t for me.  I was troubled.  All the girls at church were traditional, and they were the ones the guys wanted to date.  They were great with kids, cooked, and they had this motherly nature about them.  I was not like that.  I was business-minded, goofy, and free-spirited.  I admit it.  I cried and tried to fit myself into the traditional female mold.  I failed.  I succumbed to the idea that I was never going to date a Godly man (I was a little dramatic at that time in my life).  One thing I was sure of was that I loved God, so I sought His heart in the matter.  Here is what I learned.

Align Yourself With Proverbs 31

When I sought God’s heart about being a modern Christian woman, He led me straight to Proverbs 31. What stood out to me the most was verse 16.

She considers a field and buys it; out of her earnings she plants a vineyard.

That blew my mind.  A Proverbs 31 woman is strong, is independent, makes her own money, is wise, and is fiscally responsible enough to buy a home with her own money.  I can relate to this woman.  Heck, I work, so I can be this woman.  As I continued to read Proverbs 31, I realized that I needed to align myself with God’s heart, and that means aligning myself with his word. 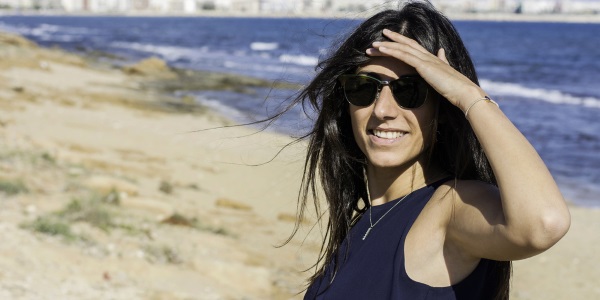 Own Who God Designed You to Be

When I thought of the term "traditional Christian woman," I thought of a 1950s housewife and cringed at the thought of that ever being my life.  As I read Proverbs 31, God dealt with my identity and my heart.  Through this process, God redefined the term “traditional Christian woman” for me.  He showed me that "traditional" meant traditional in values, work ethic, morals, and character.  It was then that I began to feel confident about the unique way God designed me.  I began to see myself as a Proverbs 31 woman who was capable of adapting to her environment while remaining true to her spiritual foundation.  We are all created uniquely with different skill sets, and it’s a Proverbs 31 woman’s job to perfect her God-given gifts so she will be an asset in the kingdom and to her future mate.

The great thing about a woman’s role changing is a man’s role changing at the same time.  Men now have interests outside of “traditional” male roles.  There are men out there who enjoy cooking and cleaning.  Ladies, get excited because this means you no longer have to "fake it until you make it!"  Men are now looking for equal partners in life.  Let’s be honest.  It’s hard to live off one income in today's economy.

A man wants a woman who can keep a job and who is capable of taking care of things when he is not around.  Men don’t want to have to take care of someone 24/7.   They no longer want the responsibility of always being the sole provider in the family.  Ladies, this means you are in demand because you have yourself together.

So, when you are out there dating, be honest.  Have real conversations about gender roles.  If you meet someone who has different views than you do, don’t force it.  Stay true to yourself and find someone who agrees with you.

If you are looking for Christian man who is more modern, like you, I recommend signing up for a paid online dating site.

Shawn Orsagh is a professional Life Coach who specializes in dating, couple building, personal growth and christian coaching. She has served as a private practitioner working with a broad spectrum of clients and has publicly spoken on the topics of Dating Smart, Is He the Right One and Being the Best You. Shawn has a Masters in Counseling, a Certified Life and Relationship Coach, Pre-marital Counseling Certified (PREPARE), and is currently pursuing her Doctorate in Psychology. She is also a member of the Association for Marriage and Family Therapy, American Counseling Association, and the Psi Chi Honor Society. Want to get in touch with Shawn? Visit her website or tweet her directly.