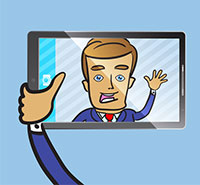 What’s so special about selfies that has made them an overnight sensation? Data by StyleCaster reveals that over 1 million people take selfies every single day. This exponentially increasing number is certain proof that taking selfies has outgrown the “flash-in-the-pan" phase and is here to stay. Not that we needed statistics to believe this as selfies now dominate online profiles across the internet.

Celebrities and even highly respected political and religious leaders have joined the selfie craze - Pope Francis and US First Lady Michelle Obama are just a few of our world’s leaders that have joined the selfie craze. Selfies, by definition, are photographs taken by one’s self or by a group of individuals, with the photographer included in the frame. These “self-portraits" are usually taken with the use of a camera phone, with shots taken while facing the mirror or positioned at arm’s length.

According to statistics collated by Social Times, 50% of men and 52% of women have taken selfies and have shared or posted these pictures on a wide variety of social media platforms like Facebook and online dating sites. In terms of popularity, while selfies certainly seem like the “thing" to do, men’s selfie pics will leave your dating profile unclicked in most cases. If you want the best male profile in online dating, check out these reasons as to why you should avoid the selfie. 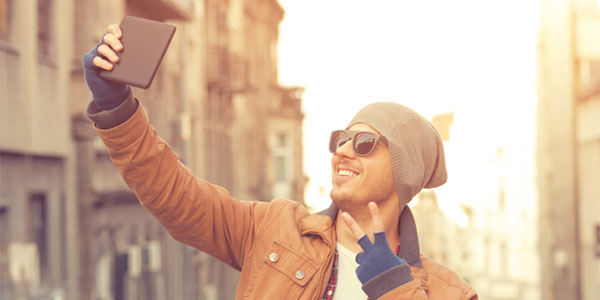 Here are the top 3 reasons why men should steer clear of selfies (if you don’t want to scare off the ladies):

Here’s one trending, male celebrity who is rocking the selfie: Dwayne “The Rock" Johnson. This 34-year-old, American-Canadian actor and professional wrestler has successfully bagged the Guinness World Record for the most selfies or self-portraits taken in under three minutes. The well-famed “Scorpion King" proudly sets a new record as the new “Selfie King" as he was able to pull off a whopping fast and furious total of 105 selfies in three minutes. However, while “The Rock" and the Pope can get away with selfies, the majority of men can’t. As with most aspects of life, the rich and famous get away with murder compared to most of us...and a selfie is essentially the best murder weapon against an online dating profile for guys.

Pro Tip: If you really believe in the selfie and you want to integrate it into your online dating profile, try the following: Take selfies with a group of friends engaged in outdoor activities. This is the best way to ensure a good response towards your profile. However, the trick with this is making sure those viewing your profile can determine which person you are in the picture. The best solid piece of advice that we found sounds like common sense; however, sometimes we need to be reminded on this great tip from ChristianMingle:

“Be yourself - get together with a good friend, go out and do something that you enjoy. If you like to climb trees, climb a tree - just make sure there aren't any big branches blocking your face when you get the picture taken. We want to see your face!"

Now that you know that selfies are forboden, use your new knowledge to create your profile and get started with our top rated online dating site for men.