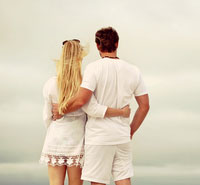 Are you looking to spend the rest of your life with someone who not only respects you, but respects God? In the modern world, it can feel impossible to find someone who properly aligns with both your values and your beliefs. But, as with many issues of faith, it's just a matter of perseverance. Online dating gives you the remarkable ability to reach out directly to those within the Christian dating community.

1. Be Extremely Upfront With Your Beliefs and Priorities

You might think that it's enough to explain the role God has in your life in your Zoosk profile - but it often isn't. It's not just that people often don't read these profiles fully; people a lot of times don't take them seriously, especially on general purpose dating sites. Spend a little time in your first few messages explaining how important your religion is to you. Religion means different things to different people, so it's worth it to be specific. And if something that just doesn't feel right to you pops up in the first few dates, don't hesitate to bring it up immediately. The worst thing you can do is let these situations linger.

ChristianMingle one of the best dating sites for Christian singles looking to find those who represent their own values. But there are other dating sites for the Christian dating community, too. Match.com, for instance, is a dating site that is geared towards long-term commitment in a way that many other dating sites aren't. On the other hand, there are dating sites that are more focused towards flings or a broader spectrum of users. While you might want to try these out if you aren't experiencing any luck, you should go in with the knowledge that you'll probably have to do more than a little filtering.

3. Take It Into Your Own Hands

The parable goes: John, a pious man, prayed every night, for thirty years, "God, won't you let me win the lottery? All I need is a small step up, and everything in my life would be perfect." And every lottery, John was disappointed to see that he had not won. When John ascended to Heaven, he couldn't help but ask God: "God, why didn't I ever win the lottery? I worked hard, I prayed every night, and I felt worthy." God said: "John, you never even bought a ticket." Naturally, God provides what you need: but that still means that you have to put in the effort to find it. Don't leave something as important as finding your soul mate up to chance. Be proactive in online dating: open up profiles on a variety of sites, if necessary, and take an active role in finding and talking to matches. 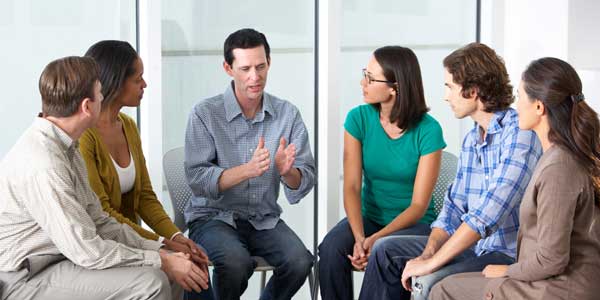 4. Speak With Your Friends And Your Pastor

A challenge many Christian singles face when approaching online dating is that they feel as though it's a bit "taboo." They may even feel as though they are doing things that those in their community would frown upon, even if they are operating with the utmost propriety. But online dating isn't strange or shameful in the modern era; it's just one more way to meet great people you wouldn't otherwise meet in your everyday life. If you worry about how those in your community might react, you may want to talk to your friends, your pastor and your family about your online dating in advance. Express to them what you're doing to honor God in your dating and the steps you're taking to ensure that you don't compromise your own values. You don't need to prove anything to anyone, but this type of discussion will likely make you feel more at ease with online dating, and will head off any awkward introductions in the future.

5. Don't Make the Assumption They Can Change

We all know that one of the worst things you can do is date someone who is not suited to us under the theory that they will change. It's easy to see the perfect profile and think that you can gradually introduce religion into their lifestyle - but that's a situation that is likely to end in frustration at both ends. The wonderful thing about online dating is that you can reach out to individuals who have your core beliefs. Don't waste time trying to change someone who doesn't want to be changed, and don't just assume that because someone says they're "open" to something that they're going to take it seriously later on. It can be tempting to broaden your standards if you aren't having any success, but it's often better to move to a different platform, instead.

The easiest way to find someone who really meshes with your values is to go to a Christian-specific dating site, such as ChristianMingle. You can open a profile within minutes and find Christian singles in your area who are looking for the love of their lives.