Why Lying On Your Dating Profile Will Get You Into Trouble 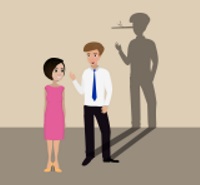 I had a date about a year ago with someone I had met on the dating site Zoosk. He was handsome, witty, and intelligent—the trifecta in my book—so we decided to meet for brunch. When I walked in, I found my date immediately and he looked exactly like his photos on his dating profile. So far, so good! But when he stood up to greet me, I noticed that he and I were essentially looking directly into each other’s eyes. I am only 5’1, so height is actually not something that I prioritize when searching for a partner. Regardless, it was not his height that bothered me, but rather the fact that he had lied to me.

Lies Soon Catch Up With One

Given that I am an honest person, I immediately addressed the fact that he had not been honest about his height and asked why he had lied to me. That especially does not make sense, since it is not like I was not going to find out!

Giving him the benefit of the doubt, I stayed to have a surprisingly nice chat with him. At one point in the conversation when we were discussing our families, I innocently asked if he had any children of his own since I knew he had been married before. Before he responded, he awkwardly looked at me and said, “There is something I have to tell you.” He then proceeded to tell me that, instead of the 39 years old he listed on the website, he was actually wait for it 45. He told me this because he has a 19-year-old son, and he figured I might be suspicious.

He had lied by six whole years, presumably to get dates with women in their early 30's. Perhaps he hadn’t been caught before, or perhaps no one was as up front about her distaste for liars as I was, but he sat there with his tail between his legs, while I kindly but firmly told him that he was wasting my time. 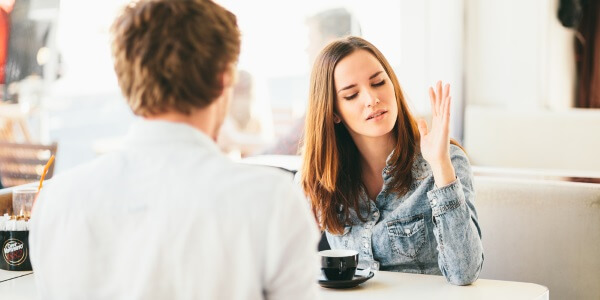 You’re Just Getting Yourself in Trouble

The reason why I am telling you all of this is definitely not to “height-shame” people, but rather to “lie-shame” them and make them think twice before they post something that does not really reflect the truth on their online dating profile. Last weekend, the New York Times featured a lovely-looking couple in the wedding section titled “Stretching the Truth to Find Love Online”. The article commented on how the groom, 5’5, had fudged his height to 5’8 to get more views on his online dating profile. While I can’t agree with it, I still do see his rationale, since women, unfortunately, often make an arbitrary cut-off of anything below 5’8. For men’s sake, I wish that being tall wasn’t equated with being attractive.

The Reason? A Lack of Confidence

People lie for all different reasons. They want to date younger or older, they have an aspirational weight that they like to believe they are, they want to appear more financially successful. Nevertheless, when it comes down to it, the main reason people lie is a lack of confidence. If you are a 100% confident in who you are, then there is absolutely no need to lie to get the date. You may go on fewer dates being the real you, but at least you will know that you haven’t hidden anything and haven't lied to anyone.

Everyone has something that holds them back or is perceived as a red flag by others, may it be height, weight, age, religion, race, level of education, etc. I would have encouraged the groom in the article to write to anyone he was interested in getting to know, even if her height minimum was taller than his stature, but to be upfront about it. He was trying to come up in people’s searches, when a lot of the success in online dating actually comes from who you pursue.

The Truth, The Whole Truth, And Nothing But The Truth

I am thrilled that things worked out for this couple, but in the end, lying generally does not help you because while you and your date may get along, you got the date under false pretenses in the first place, and he or she may be wondering what else you lied about. We know most people are online stalking us anyway, so it is without doubt best to stick to the truth, the whole truth, and nothing but the truth.

Curious to know which sites to use to practice your new skills of telling the truth? Check out this chart to find the best one for you!