Why 2016 is the Perfect Year for Divorcées and Online Dating 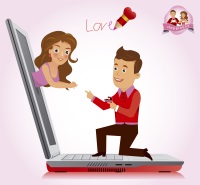 According to the American Psychological Association, in Western cultures, more than 90% of people get married by the time they turn 50 years old. 40 to 50 percent of married couples in the US, however, get divorced. And the divorce rate for second and third marriages is even higher.

There are a number of factors that may contribute to a couple’s uncoupling: the age at which you get married, the age difference between spouses, marital history, family history of divorce, children (both had and desired) and sexual history.

Don’t Let Anything Stop You

I am, of course, not sharing this information to depress you or to make you think twice about getting married, or married again. What I am saying is that if you are divorced and looking to date again, there is no reason to hesitate because you are in very good company. What may have been considered a taboo before is more commonplace now. In fact, I often have clients who prefer meeting another divorcée so that there is a common life experience on which to build a bond.

Especially if you were married for a very long time, as many of my clients have been, online dating can seem very daunting. Match.com was founded in the 1990s, as was JDate, so if you were looking for love before that, it was definitely more difficult since these sites were not yet an option. 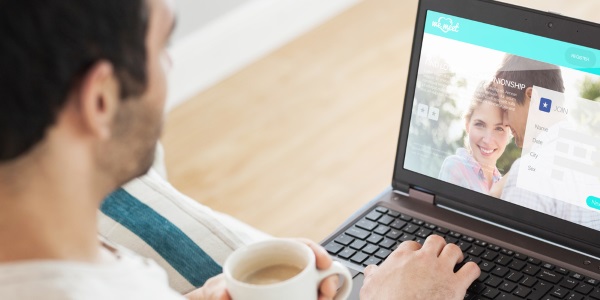 Dating today is a lot different than it used to be. As we learned from Aziz Ansari’s book Modern Romance, we used to look in our own radius for a partner. Ansari references a 1932 University of Pennsylvania study that showed that one-third of married couples had previously lived within a five-block radius of each other. And, if you remember, my parents met because they were next-door neighbors!

In these times of technology, dating is not necessarily better or worse — it’s just different. If you recently (or not so recently) got divorced and are looking to get back out there, then it is important to have some perspective with online dating, so make sure to keep these pointers in mind:

Remember That It’s Just a Date

All you’re committing to when you agree to meeting someone is a date. Not marriage, not a ten-course meal. Only a date with some conversation.

Be Accurate and Truthful

Just as you want your date to have posted recent photos and told the truth about his or her age and height, your date wants the same of you.

Don’t Create a Fantasy in Your Mind

Until you meet someone in person, there’s no way of knowing whether you have chemistry or not. No number of emails or phone chats can change that, so it is better to get to the in-person meeting sooner rather than later.

It’s one thing to be a bit nervous, but it’s another to project your cynicism on others.

In the end, it takes time to make a connection. Don’t go in expecting to meet the next love of your life in a week or a month. Like anything important in life, it will take time.

Are you still looking for a great online dating site? Check out this chart to see the features offered by each site.