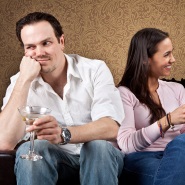 Meet Jane, Tony and Mark. Three of my clients on their quest to finding The One.

And that’s about the worst mistake one can make when searching for love.

Client 1 (Jane): “I joined Match.com two weeks ago, and only creeps and weirdos have emailed me!”
Me: “That’s annoying! But you’re a great catch, so of course people are emailing you.”
Jane: “Yeah, but they’re not the RIGHT people.”
Me: “Well, has anyone appropriate sent you an email?”
Jane: “One guy I guess. We’re emailing to trying to set up a date.”

Me: “Tony, let me know how your three dates go this week. I’m excited to hear about them!”
Client 2 (Tony): “I definitely will. Do you have any dates lined up for me for next week yet?”

Client 3 (Mark): “Ugh. I went to this Zoosk event and there were only like ten women there. I felt like it was a sausage fest.”
Me: “That’s too bad that the organizer let the ratios get so off-balance.”
Mark: “I know! It was ridiculous.”
Me: “Well, did you like any of the ten women who were there?”
Mark: “I don’t know. I didn’t meet them. I left when I saw that it was mostly men.”

Sometimes we really don’t see what’s right in front of us or think, “It’s so easy, it must not be good.” Especially when it comes to dating, since there’s a general feeling going around that there are so many singles out there, just waiting to meet us. Well, that’s partly true, but when you do meet someone, you better not disregard them. It’s time to pay attention.

Focus on the One Who DID Ask You Out

I want to give both Jane, Tony and Mark the same advice: Focus on what you do have, not what you don’t.

In Jane’s case, while she’s getting a number of emails from “creeps and weirdos” (which is subjective to begin with), what she neglected to tell me initially was that one guy with potential actually emailed her, and they’re in the date-planning phase. Win! And, I didn’t even get to the part where I would ask Jane whether she’s reaching out to men on her own because she should be proactive about the process as well. 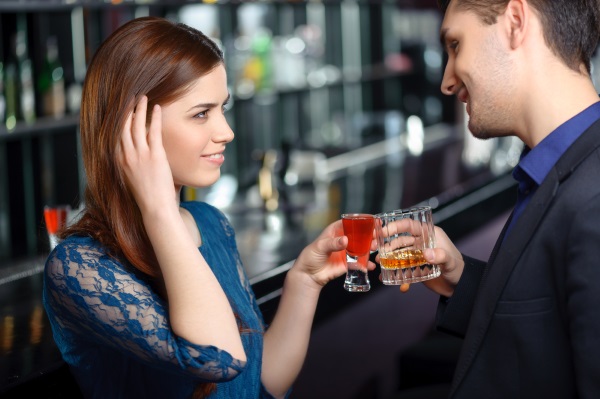 In Tony’s case, he already has three dates lined up! Why is he so worried about next week? He’s already assuming that this week’s three dates won’t live up to whatever standard he presumes is needed to convert to a second date. Three dates in one week is nothing to stick your nose up at!

Mark had a great opportunity to meet ten new women, and he squandered it because all he could focus on was who was not at the party. These ten women came out, ready and willing to meet new people, and he completely dismissed them rather than taking advantage of talking to them and potentially hitting it off. I bet many men went home having met someone that night. Mark didn’t give himself the chance.

One Date is Worth More Than 20 Unanswered Chats

I’m not saying that you have to count your blessings or anything like that. Honestly, when people say to “remember all the blessings you have in life,” I often roll my eyes. Yes, I’m lucky. Yes, I know it. What I’m talking about here is much more narrow. Focus on what’s actually in front of you, not what might be. As they say, a bird in the hand is worth two in the bush. I’ll say a date in the scheduling phase is worth two who don’t bother to email or show up. Get it? Got it? Good.

I’ve shared my advice with Jane, Tony and Mark. Time will tell if their outlook becomes more optimistic as a result. While I'm waiting to hear back from them about their experiences, its time for you to take the plunge. Take a peek at our top dating sites for you.