Online Dating Messages: What to Say and How Long to Make Them 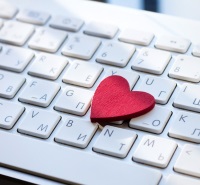 You’ve joined an online dating site — that’s great! But, as you’ve heard time and time again, it’s not enough to simply sign up; you have to be proactive about the process. Being proactive means searching for people and sending a message, and I recommend that both men and women make the first move. Many women think that initiating contact might make them lose the upper hand at the get-go or seem less feminine. Not true. We need to go for what we want in life, and it starts here. If you don’t send the first email, that perfect match you’ve noticed may never find you. Plus, who wouldn’t be flattered by an email?!

As for what to include in the email, it’s actually fairly simple:

It’s about quality, not quantity

A few sentences are more than enough to get the ball rolling. No one wants to read a novel-esque email (and they probably won’t) after a long day of work. It’s also very clear when people copy and paste the same email from person to person. That’s a surefire way not to get responses. Finally, humor and proper grammar go further than you might think.

Now that we know the rules, let’s look at a couple sample emails that work:

First of all, congrats on finishing the MBA! That’s an amazing achievement, especially while holding down a full-time job.

Now about that tennis match… we obviously need to stoke that friendly rivalry, right? What about the loser has to buy the winner a McDonald’s Bacon, Egg and Cheese? (Kidding, of course. Although they ARE serving breakfast all day now.)

I can’t disagree with you—love absolutely comes from the stomach. (Smart man.) Also, since it looks like you’re into sushi, I would highly recommend The Hamilton sushi happy hour. Have you been? Thank me later. ;)

The formula for success

What makes this exchange so successful? David initiated his email with a double-whammy — he both complimented Sophie (always a smart move!) and alluded to something he had read in her profile. He continued to reference details she had written throughout his email, such as her affinity for tennis and her willingness to eat anywhere on a date as long as it was with good company…even McDonald’s. The final line conveyed a touch of humor as well as the fact that he’s up-to-date on current events.

In turn, Sophie responded with a cute and funny quip and made a recommendation based off of what David had mentioned in his own profile about liking sushi. As they say, teamwork makes the dream work!

And what about messages on dating apps? 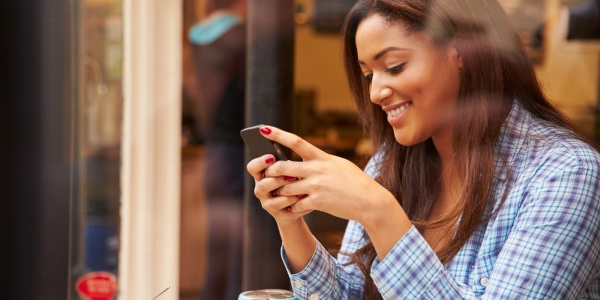 Now, all I’ve talked about so far are the traditional dating sites where you send an email. Let’s briefly touch on the dating apps as well. On these, you use in-app texting to communicate with someone. Short, sweet, and original is the name of the game here. One dating app even ran an experiment recently testing which openers garner the most responses.
Guess what didn’t make the cut… “Hey, what’s up?” Surprised? I’m not. They found that daters aged 18 to 23 were more likely to write back when fed conversation starters that were “novel” (“you’re having your portrait painted — what’s your backdrop?”). Those aged 24 to 28 preferred questions relating to lifestyle, such as “Sunday priorities: exercise, sleep, or aggressive mimosas?” Daters aged 29 to 34 responded well to personal questions (“Two truths and a lie; ready, set go!”); and those over 35 did well with pop culture prompts (“Bears, beets, or Battlestar Galactica?”). They also found that the best openers varied by city. Interesting stuff.

Notice that, similar to the messages you would send on a traditional dating site, each conversation starter included a question or prompt. Not only do questions keep the conversation going, but they also indicate interest. Potential partners want to know that you are curious to learn more about them and not just interested in extolling your own virtues and accomplishments.

What are you waiting for?

In the end, regardless of what you say, you can’t win the lottery unless you play, so you might as well try your hand at the lottery of love to see what it has in store. Now, go forth and send those messages!

And if you’re curious to know which dating site is right for you, then take a peek at these reviews.