Home > Advice > Tips > Ladies here is what to text and why

Dating and Texting- Here’s What to Text and Why 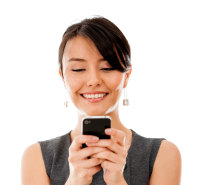 Dating and texting may seem like they go together like peas and carrots. But the reality is that, if you’re not careful, it can end a relationship before it ever began! Why? What to say, how much to say, when to say it, and how to say it is very complicated. If I addressed it all right now, you would be reading a book as opposed to an article. So for starters, here are a few texting scenarios and how you should respond:

After a great 1st date, and you want a 2nd

Response: “Thank you so much for last night. Your upcoming trip to Bali sounds like a blast! Before you go out there and get caffeinated by arguably the best coffee on Earth, I would love to see you again.”

Why: Men are like dogs (in a very good way), they need to be rewarded for good behavior. He took you out and paid (yes, he paid … and you didn’t even offer to go dutch- because you are the woman), show some gratitude! Texting him after lets him know that he did a great job. Then bring up something brief that you talked about, so that he can relive a fun part of the date for a moment. Finally, let him know that you would love to see him again. Men are just as insecure as women and get nervous about asking us out if they aren’t sure that we will accept. Don’t make him sweat it. Let him know you’re interested. But DON’T ask him when he is available. He is the man. Let him take the next initiative and ask you out.

After regretting a drunk make out.

Response: “Last night was, honestly, a bit of a blur. I’m sorry. Definitely didn’t mean to lose control like that. I hope you aren’t too hungover and are able to have a great day and a fantastic rest of your week.”

Why: You don’t want to put him down. But you do want to acknowledge that it was a mistake. Wishing him a great week is saying that you won’t be talking to him again that week. It’s a gentle brushoff. 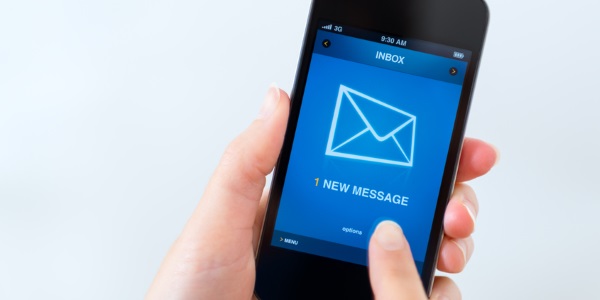 After you kiss a good guy friend

Response: “Well that was totally unexpected! Enjoyable, but unexpected. I hope our moment of extra closeness doesn’t put a damper on our friendship. You’re fantastic and I don’t want to lose you as my friend.”

Why: You are both feeling a little awkward and maybe wondering if that kiss meant something more than just a momentary slip of the tongue. Don’t be sarcastic or dismissive, but do let him know that, while it was nice, you hope you can still be FRIENDS.

After meeting his friends or family for the first time

Response: “Thanks for inviting me to dinner last night with your friends/family. Your dad/buddy is hysterical. I really enjoyed talking to him. Gave me a little more insight into you too- which was nice.”

Why: Meeting the friends or family is a step forward in your relationship. Let him know that you enjoyed it, comment on the fact that you connected with one of them, then bring it back to him.

After first time sex with your new guy

Response: “Thanks for coming last night. Really enjoyed having you in my bed. Already looking forward to next time…”

Now that you that you are prepared for every scenario – check out these great dating sites.

Laurel House is an International Dating Coach and Online Dating Expert, and she has been a featured expert on The TODAY Show, E! News, Good Morning America, Nightline, Glamour, AskMen, and dozens of other print, online, and television outlets, with her dating advice videos receiving over 20 million views on YouTube. Her 5th book "Screwing The Rules: The No-Games Guide to Love” was published in December 2014 with Running Press. Learn more about Laurel.