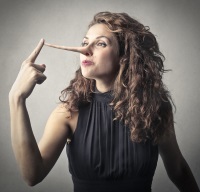 I had a date about three months ago with a guy I had “met” on an online dating site. He wrote to me first. He seemed handsome, witty, and intelligent… the trifecta in my book. So, we decided to meet for brunch the following Sunday to get to know each other.

When I walked in, I saw him immediately. What a nice smile! He was already sitting at a table, but he got up when I walked in. (Points for chivalry.) When he did get up, though, I noticed that he only had about two inches on me. I’m 5’1, so height is actually never something that I’ve cared about in a partner—I prefer to be able to look someone in the eye. Regardless, it wasn’t his height that bothered me… it was the fact that he lied about it.

Given that I’m the honest (blunt?) person I am, I said, “You’re not 5’7!” It just came out! He said, “Well, I’m 5’5.” Me: “Okay, you’re not, but why did you lie about it?” Nothing. I could overlook this. I love short guys. We had a great conversation, and at one point, I innocently asked if he had children since I knew he was 39 and had been previously married. Before he responded, he sheepishly looked at me and said, “I have something I have to tell you.” It’s never good when someone says that, especially on a first date. He then proceeded to tell me that he’s not, in fact, 39, but he’s really… wait for it… 45. He told me this because he has a 19-year-old son, and he figured I might do the math.

Now, as a 33-year-old woman at the time, I had placed my age parameters at 27 to 39, or six years on either side of my own age. He had lied by six years, seemingly to get dates with women in their early 30s. I felt deceived, and I told him so. Perhaps he hadn’t been caught before, or perhaps no one was as up front about her feelings and distaste for liars as I was, but he sat there with his tail between his legs while I kindly but firmly told him that he was wasting my time, not because we didn’t have a lovely time but because he got the date through deceit.

He followed up with a very apologetic text, telling me he was sorry. I told him that rather than apologize to me, he should make sure not to do it to anyone else. And that was the last we spoke. 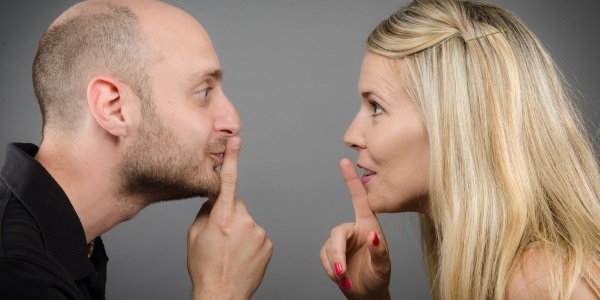 People lie for all different reasons: they want to date younger or older, they have an aspirational weight that they like to believe they are, they want to appear more financially successful. When it comes down to it, the main reason people lie is a lack of confidence. If you’re 100% confident in who you are as a person, then there’s no need to lie to get the date. You may go on fewer dates being the real you, but at least you’ll know that you haven’t hidden anything.

Back in 2011, the New York Times published an article called Love, Lies and What They Learned and reported this:

“If you are curious about numbers: about 81 percent of people misrepresent their height, weight or age in their profiles…On the bright side: people tend to tell small lies because, after all, they may eventually meet in person.

Professor Toma; Jeffrey T. Hancock, an associate professor at Cornell; and Nicole B. Ellison, an associate professor in the department of telecommunication, information studies and media at Michigan State University, interviewed online daters in New York City, weighed and measured them, photographed them, checked their ages against their driver’s licenses and studied their dating profiles.

On average, the women described themselves as 8.5 pounds thinner in their profiles than they really were. Men fibbed by 2 pounds, though they lied by a greater magnitude than women about their height, rounding up a half inch (apparently every bit counts).

People were most honest about their age, [perhaps] because they can claim ignorance about weight and height. Even so, in a different study she found that women’s profile photographs were on average a year and a half old. Men’s were on average six months old.”

Why share all of this information? Am I condoning lying in your online dating profile? No way, Jose! In fact, I recommend the opposite: tell the truth, the whole truth, and nothing but the truth… at least about your age, height, and body size. (No need to share that weird thing you do with your lip when you’re looking at chocolate cake… unless you want to, of course!)

In the end, lying only bites you in the you-know-what because, while you and your date may get along, you got the date under false pretenses, and he or she may be wondering what else you lied about. And we know most people are Googling us anyway, so stick to the truth.

Read more tips on which lies you shouldn’t tell in your online dating profile.