Home > Advice > Tips > Has technology changed how we date forever

Has Technology Changed How We Date Forever? 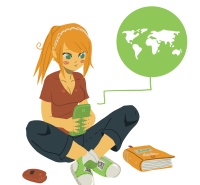 We all know the story. Boy meets Girl. Eyes meet across a crowded room, shy smiles are exchanged as a jolt of electricity runs through the air. One cautiously approaches the other with a cheesy or charming chat up line running over and over in their head. An introduction is made, and a conversation begins.

But do we really know this story? In an article about the changing face of love phys.org recently interviewed a woman who described the above scenario in this day and age as simply “creepy."

"It's creepy for men to hit on you in a bar, or in the street or in a train," she continued. “Most girls have that little edge that something bad will happen, that they (the men) are freaks. It wierds me out. I've never met up with someone I haven't talked to for a few days."

This opinion is implicit in the generation who began dating at the same time that online dating sites like Zoosk​ and Elite Singles really started to catch on. They expect to get to know someone via technology for days or even weeks before moving to a face to face introduction.

Take writing for example. Once upon a time, the written word involved real effort and indicated a level of romance and courtship that many feel we have now lost altogether. Love letters were the epitome of romance, a way to express your love when you were forced to spend time away from one another.

Today, no one is forced to spend time apart, and with instant messenger, Skype and FaceTime, social media and ‘old fashioned’ telephone calls, the concept of ‘Absence makes the heart grow fonder’ is becoming obsolete. It’s no coincidence that many couples choose to recreate the very few examples of forced distance we have in this generation to spice things up in the bedroom. Think prisoner fantasies, or soldier separated from their loved ones waiting at home.

What’s the problem? I hear you ask. After all, being able to be in touch 24/7 has loads of great benefits, and allows couples to get to know each other in a fraction of the time it took before the advent of modern technology. The world is a much smaller place, and Internet dating facilitates people meeting and falling in love who would never have known the other existed without the triumphs of the World Wide Web.

Apart from the awkwardness it places on real life conversation and courtship, there is also a distance found with technology which allows for a new and frightening level of abuse. The website Bye Felipe was set up to highlight the shocking amount of aggression that can be shown when faced with rejection via technology. For many, WhatsApp and Tinder are a safe place to swear, threaten and abuse in a way that they would never dare to in a face to face situation.

It Swipes Both Ways

Of course, there is a flip side to the safety of text communication. The blog 30everafter discusses why so many people use SMS to ask someone out, as it requires less courage than face to face or over the phone.

“Perhaps SMS gives us a false sense of security, a softer blow if we get rejected, room for vagueness of our intentions. Over text, we don’t see immediate repercussions," it states.

Constant contact allows us to learn more faster, to say things we would never be able to admit face to face, to take the time to think over how we want to come across or how best to respond in a difficult conversation. What we lose in romance and intimacy, perhaps we gain in courage and communication and willingness to reach out to other people.

So if we accept that we live in the generation of more ‘How ru’ than Billet doux, is there a way to claw back the romance? Or has the advent of 24/7 technology killed the idea of courtship forever?

Jamie Varon has an interesting take on romance in the 21st century in her beautiful and thought provoking essay for Thought Catalog. “We say romance is dead, because maybe it is, but maybe we just need to reinvent it. Maybe romance in our modern age is putting the phone down long enough to look in each other’s eyes at dinner. Maybe romance is deleting Tinder off your phone after an incredible first date with someone. Maybe romance is still there, we just don’t know what it looks like now."

So maybe Varon is right. You can choose to hide behind technology or use it as a weapon for abuse, or you can enjoy it as a way to complement real life interaction.

“People can create a Pinterest board with ideas about how to make Valentine’s day great and communicate feelings and reinforce commitments to one another in a public forum — through tweets, posting a Facebook status or sharing a picture of a love note, candy or flowers on Instagram."

All of these are positive ways to incorporate technology into your love life, without letting it get in the way of your offline relationship. After all, dinner and a movie hasn’t changed just because of the tiny screens we carry around in our pockets. We can still choose to send flowers rather than emoji. While dating has changed, love has not.

Looking to use technology to find Mr or Mrs Right? Try a technologically advanced dating website like Zoosk or some impressive scientific matchmaking with Match.com