Home > Advice > Tips > Ghosting the new i am super busy

Falling off the earth, pulling the disappearing act, ghosting, etc... it all means the same thing: just ending a relationship without having to courtesy to tell your significant other that you’re ending the relationship. An article featured in Huffington Post discussed how people are simply disappearing because that seems easier than breaking up with someone. The ghoster’s rationale is that he or she doesn’t want to hurt the other person’s feelings. Ghosting is an issue for daters in general, especially for those using online dating sites.

We all know that, in reality, the only person whose feelings are spared is the ghoster's own self. It’s the weak choice. You need to muster up the courage to have an actual conversation, whether you’ve been on three dates or 300. The other person deserves that much. 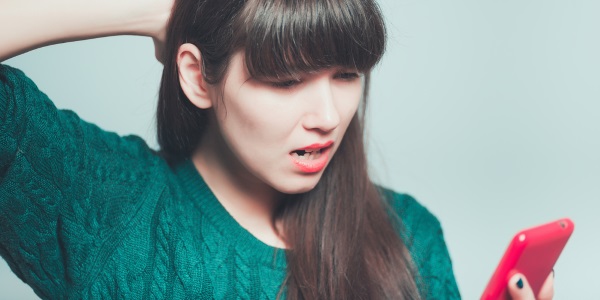 That brings us to me. I got ghosted. Just because I’m a dating coach doesn’t make me immune to the behavior of others, unfortunately. Here’s what happened:

I matched with Josh through Zoosk at the end of 2013. Because it snowed so often that winter and the fact that he lived an hour away—I’m in Washington, DC and he’s in Baltimore—we had to postpone our first meeting several times. We finally met that March. It was a nice date. Nothing mind-blowing, but definitely nice. He came into DC one or two more times, and while I determined that “Baltimore Josh” wasn’t going to be the great love of my life, I did enjoy his company enough to continue to see him, even in a friendship capacity, which I clearly expressed to him.

Josh and I saw each other about once a month, sometimes twice, over the course of the next year or so. I wouldn’t call what we had a relationship, but it was more than simply a friendship. We talked almost every day, either over the phone or over text. It was comfortable. I liked having him in my life, in whatever form that took.

In May of 2015, I was asked to perform in a comedy show in DC, which I was really excited about. Unfortunately, Josh wasn’t able to come see the show. He had seen me perform at other shows in the past—even brought his brother and sister-in-law once—so I wasn’t upset. The show was on a Saturday night, so on Sunday we texted a few times about it.

The following Tuesday, a few days after the show, I called Josh to tell him how it went. He promptly texted me back telling me that it was a busy day at work so he’d have to call me later. I didn’t hear from him later, though. So I called the next day, left a voicemail, and sent a follow-up text to make sure he got it. Nothing. This was abnormal. In all the time we’d known each other, there had never been an unreturned call or text. In fact, he was always really quick to respond.

Now I started to worry. I sent him a Facebook message. Nothing. I thought something terrible had happened! I even send him a text asking, “Are you alive?” Nothing. So, I sent a message to his sister-in-law asking if Josh was okay. She responded,

“Hi Erika. Thanks for reaching out. Everything is all good. I think Josh has been super busy. But I let him know you reached out so I'm sure he will be in touch asap. Take care”

I've been thinking a lot about you lately, wondering what could be the cause of your not reaching back out to me. I've called, texted, and even Facebook messaged your relatives because, after a year of conversing almost daily, it was unlike you not to respond to me. I was concerned that something horrible happened to you. When I got the notes back from your relatives saying that all was good on your end, I was just saddened. Our relationship, whatever it was, meant (and means) a lot to me, and even if I've done something to cause you to want to stop communicating, I'd like to know what that is. Simply ignoring me is baffling since I know you so well, and I know it wouldn't be your nature not to choose the mature route. Even a simple, "I'm alive" would have sufficed. I don't require much.

Anyway, I do hope to hear from you, and I wish you the best in whatever you're doing or plan to do. You have meant a lot to me.

I never heard back. I was surprised, upset, and confused. I still am. It was on my mind for a long time. I just wanted a response. Any response. “I met someone.” “I hate you.” Anything would have been better than this.

Why am I sharing this story? I can now tell clients and friends first-hand what an impact ghosting has on someone’s feelings, perceptions of him or herself, and trust levels for a potentially long period of time. I know, rationally, that Josh’s disappearance had nothing to do with me. It was his inability to deal with his feelings and share them in a productive manner. But, the emotional, vulnerable side always continues to ask, “What did I do?” Nothing.

So take a little discomfort in the present for a future of knowing you’re not a person who hurts others to spare yourself. Just be a good person, have fun with dating, and when it’s over, have the courtesy to talk to the person you’re seeing, even if the talk ends poorly. Most people would rather have it end poorly than not end at all.

When you're ready to put this advice into practice read our in-depth expert reviews to help you choose one of the top dating sites in the industry.