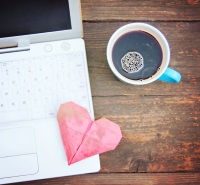 What do all of these TV and movie stars have in common? While perhaps they’ve all been to awards shows and had many adoring fans (and kept me up too late watching them on many an occasion), that’s not what I’m referring to here. What I’m going for has nothing to do with which station you can find them on. Instead, all of these stars have tried online dating.

Martha Stewart’s highly publicized match.com profile in 2013 brought online dating into the mainstream, if you didn’t already consider it to be there. She was so open about looking for love—and looking for love after 70—which is all too often a taboo subject. She posted her real photos (even crowdsourced people’s favorites) and wrote very genuinely. Below is an excerpt from her profile:

… After recently writing and publishing my book, “Living the Good Long Life,” I was reminded how central good relationships are to happiness and longevity.

Here’s how I’d define myself: Curious about everything. Love learning. An adventurous spirit. I’m told that I’m a specific person… here’s what I know I appreciate in a man: Someone who’s intelligent, established, and curious; and who relishes adventure and new experiences as much as I do. Someone who can teach me new things. A lover of animals, grandchildren, and the outdoors. Young at heart.

Martha Stewart spoke about her experience with online dating on the Today show, saying, “I've always been a big believer that technology, if used well, can enhance one's life. So here I am, looking to enhance my dating life [on Match.com]." 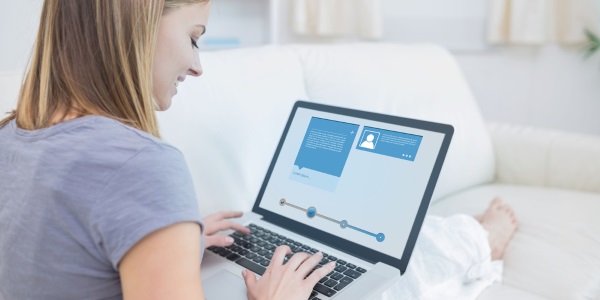 When Adele broke up with her boyfriend - the one who inspired all of the songs about heartbreak and loss on her record-breaking album 21 - the singer turned to eHarmony to look for love.

"It was the biggest deal in my entire life to date,” she said about turned to the dating site post breakup.

However, online dating proved unsuccessful for Adele because of one tiny catch - she was already famous when she created the profile, and so as not to attract attention, she didn’t put up any photos of herself - which left her messageless and dateless.

The blonde bombshell turned to match.com in 2011 to try to find her own leading man. "I have checked the men I like between 35-48 [on Match.com] -- I don't care if they have a big nose. I don't care if they're bald," she told Access Hollywood. "Just really sweet and who's a perfect reflection of who I am now. They have to have a job. I'd like them to at least be able to buy dinners and stuff like that. That is important."

McCarthy lives in LA - not exactly the kind of place where it would be hard for a beautiful actress to meet a man. But, as she told Access Hollywood, even celebrities have it tough when it comes to dating. “It’s so hard out here in LA. The guys are like chicks out here. There’s no real guy guys, so maybe importing from somewhere will be smart.”

Inaba, a judge on ABC’s Dancing With the Stars, went looking for love on eHarmony - and found it! She met her fiance on the site, despite having a profile that lacked pictures and boasted about her love of cats.
“I met [my fiance] on eHarmony -- I didn't put up a picture, I didn't put anything about who I was," Inaba told Access Hollywood. "I was like, 'You need to be sexy. I need to be attracted to you.' I really put exactly what I wanted. 'I love cats!'"

I have many clients who come to me scared to do online dating because, God forbid, someone should see them on there. Remember, if someone sees you, then he or she is on there, too. And there is nothing wrong with using all of your resources to find that special someone. In fact, it’s encouraged. These celebrities were clicking and swiping proudly, and I want that for all of you, too.

Think you’re ready to get the online dating process started? Find the right site for you and let’s get going!