Home > Advice > Tips > Dating and the power of proper posture

Dating and the Power of Proper Posture 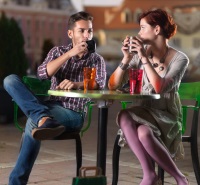 Sit up straight! Don’t cross your arms! Look me in the eye!

These sound like things our grandmas used to tell us when we were teenagers, right?

Fortunately or unfortunately, as it turns out posture matters, and it doesn’t just matter in real life when you’re face-to-face with someone, but in online dating, too.

Science says it’s all about posture

The National Academy of Sciences published the results of two studies recently—based on both in-person meetings at a speed-dating event and an app-based online dating site—showing that three things are true:

In the first study, researchers filmed 144 speed-dating sessions, focusing on facial expressions, gestures, and posture. After the sessions, the participants were asked whether they wanted to meet that same person again, which would indicate success. It turns out that those who gestured with their hands and moved their arms nearly doubled their odds of getting a "yes" as compared to those who sat still or kept their arms to themselves, she said. 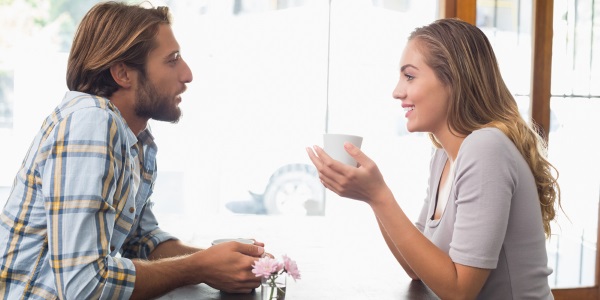 To test whether the same thing was true in online dating scenarios, the researchers took six heterosexual people and set up two online dating profiles for each person on a GPS-based dating app, one with photos in expansive poses and the other showing them in contractive postures. Again, it turned out that the more expansive poses garnered more "yes" responses from users of the dating app.

What does all of this mean? In a world of dating where so much is based on immediate first impressions, especially online, overt displays of this "expansive" posture can increase one’s chances of initial romantic success. It could be the difference between marking a "yes" or a "no" at a speed-dating event or a "left swipe", which indicates a pass, vs. a "right swipe", which indicates interest, on a dating app. When being compared to others in rapid-fire succession, you want to be sure to give yourself the best odds of getting chosen by a potential date.

Now, this "expansive" role doesn’t necessarily trump all of the other photo advice I could give, including my five roles of thumb:

If you do follow this advice, then the more open posture may be just the thing that pushes you over the top. Keep in mind, though, that you don’t want your photos to look contrived, so try not to just flail your arms for no particular reason. Maybe instead you’re singing in the rain with your arms outstretched to the sky, or maybe you’re jumping on a trampoline with your arms flying high. Or maybe you’re just happy to be alive, and your arms are outstretched to show it. Whatever it is, stretch it out, baby. Science says it works.

Want more advice on which photos to use and which not to use? Go crazy!