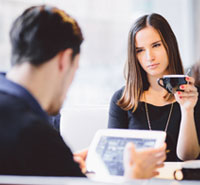 ​There's a well-known saying that goes:

Whether or not this is true, there’s one thing that can’t be argued: online dating can be a social minefield. If you've recently joined a dating site like Zoosk or Match.com, you can probably relate to the difficulties posed by those initial exchanges of communication.

A potentially promising relationship can be ruined in an instant by an innocent question that has been misinterpreted. To help prevent those situations, here’s a list of questions women find insulting and that you should never ask. Instead, we offer some alternative dating questions for women that give you a better chance of getting to know them better.

1. How Come A Pretty Girl Like You Isn't Married?

You probably mean this as a compliment, indirectly saying that you find it hard to believe that a beautiful and impressive woman like her is not taken already. However, she might think you’re implying that there’s something wrong with her.

For all you know maybe she wasn’t looking to get married just yet. Perhaps she had to care of a sick parent or decided to focus more on her career. Also, it could simply be that she still hasn’t found the right one just like you haven’t either.

There’s a multitude of reasons why she’s still single. None of which she’ll be willing to share with someone she hardly knows.

On the other hand, it’s understandable if you want to know whether her expectations match yours. Is she looking for a serious relationship? Or is she just interested in meeting new people. Instead of hedging around the issue, try this simple and straightforward question:

What are you looking for in a relationship?

She'll appreciate the honesty and tell you straight out.

The question might seem like a fun way to bring you closer by sharing secrets. But this isn't a game of Truth or Dare. It’s one of those conversation starters women will find uncomfortable because it has negative connotations.

It might bring back bad memories or make her cringe. Either way, she’ll feel awkward- it’s just too soon. Alternatively, turn the question around and ask the complete opposite:

What Are You Most proud of?

This gives her the opportunity to share general positive aspects of her life and you'll get a deeper understanding of her achievements and things she’s passionate about. 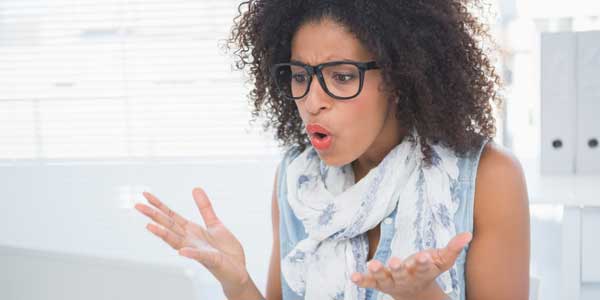 Come on! This question sounds more like a job interview than anything else. She’s probably not sure, just like most of us! She has just registered with Zoosk and is possibly looking for a new relationship, so a lot may depend on how that goes.

The question will likely put pressure on her. She may also think you consider her inadequate if she doesn’t have one. Instead, go for a little fantasy and ask:

If you never had to work again, how would you like to spend your time?

Although it is a light hearted question, it’s one that will give you great insight into her hopes and dreams. A lot can be learnt about her priorities and interests and it’s just a great way to explore more about her.

4. How Often Do You Exercise?

Perhaps this was an innocuous opening question because you wanted to share your love for a good physical workout with her. However, it’s liable to make her feel insecure and her first thought might be: "What is he implying?"

Do you have any hobbies or play any sports?

It’s a great way to discover if you have some shared interests, and you never know - she may enjoy going to the gym too!

5. How Much Money Do You Make?

You might just be interested to know whether she has a successful career, but this question is far too personal, especially if you’ve just started talking online. She’s going to be suspicious of your motives as to why you want to know.

It also doesn't tell you much. She might be in between jobs or have a fantastic career that she wants to leave as soon as she gets married.

A more diplomatic way to ask would be:

Do you enjoy working in your field? And if not, what would be your dream job?

This gives you an idea of her potential and abilities, as well as her hopes for the future.

Remember, getting to know your potential date is a must and asking questions is obviously the right way to do it. Just don’t be too direct from the beginning. Now, not only do you have a better insight of what not to ask, but also a cheat sheet of some great dating questions for women to help further your relationship.

Time to start asking those questions! Sign up to Match today and discover your perfect match.