10 Surprising Dating Stats That Prove the Power of Love

Ah, love. It’s a glorious feeling, bringing sunshine to the dreariest days and putting a spring into the weariest step. But let’s not lie—it’s not all roses. Love can be hard to find and even harder to maintain. Still, anyone who’s been in love knows that nothing else compares. For those who could use a reminder, here are 10 surprising stats that speak to the power of love. 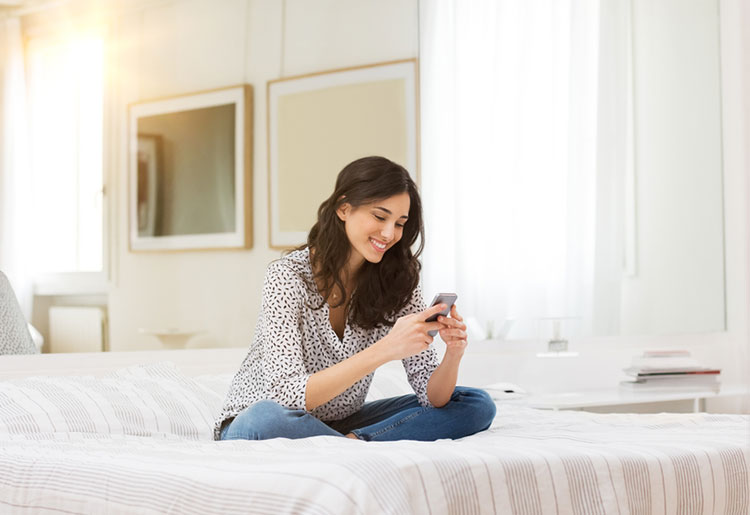 1. More people than ever are trying online dating

According to research done by match.com, around 40% of single people in the US use online dating. That’s a whole lot of people.

Online dating connects you with people you may have never crossed paths with in your day-to-day life. The right person could be waiting to meet you on a dating site. In fact, a report by eharmony predicts that by 2040, 70% of relationships will begin online.

2. Online dating is breaking down barriers

According to a recent Pew Research study, dating has become more inclusive than ever—and online dating could be the reason.

Analyzing data from a Stanford University survey of almost 4,000 married couples, Pew concludes that couples who meet online are more likely to be diverse in race, ethnicity, and income. Though discrimination is still common, both in online dating and the world at large, this is an encouraging sign for singles—and humanity.

3. Sex gets better with age

And here we have perhaps the best reason yet for the life extension movement.

An Elite Singles study of almost 3,000 Americans has given us an, ahem, stimulating glimpse of seniors’ views towards sex. According to the survey, 81% of respondants aged 70 and over claim that sex only gets better with age. And 91% of seniors say that sex remains an important part of their relationship. Seniors also take a positive view of hookups, with 75% looking favorably on casual sex. And most surprisingly, according to the survey seniors responded more negatively to the idea of abstinence than millenials.

4. Shared interests are key to a successful relationship

Some 64% of married couples say that having shared interests is important to a successful relationship. Online dating helps you connect to people who share your core values and interests by narrowing down the playing field before ever introducing you to someone.

While online dating does take time and energy - one in 10 adults average over an hour a day on a dating site or app - in the long run it makes it easier for you to find a truly compatible partner. So, consider the benefits of using a dating site and choose the right one for you. 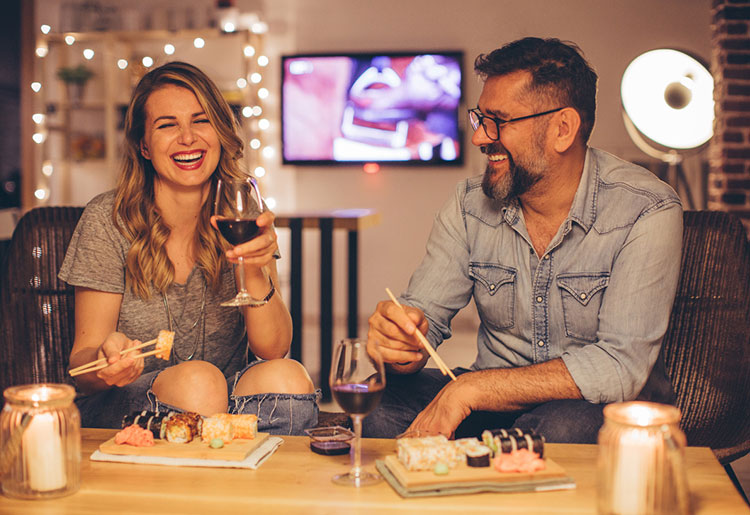 5. Match.com is responsible for more relationships than any other dating site

Over 10 million relationships in the US alone can be credited to match.com. That’s a whole lot of happy couples! The oldest and one of the most beloved of dating sites, match.com pairs expert matchmaking with detailed search filters to give you a great dating experience.

Match.com’s 2019 Singles in America survey found that today’s singles are more likely to be ghosted than hit up for a booty call. More than a third (35%) of singles who have dated in 2018-2019 were given the sudden silent treatment, while a lesser 32% have been called or texted for a booty call, leading one to wonder: just where are all those cell-phone minutes going?

7. The internet is your (new) friend

It’s official—more couples are meeting online than through friends.

A study by Stanford University and University of New Mexico researchers revealed that roughly 40% of heterosexual couples and 60% of same-sex couples are meeting online—more than traditionally popular avenues such as friends, family, school, and church functions.

And while this news may seem bleak to, well, your friends, family, school, or faith community, it’s encouraging for those sick of awkward singles events and even more awkward set-ups. Plus, it implies the general rise of online dating users, meaning that even singles without access to (or patience for) well-intentioned friends can meet people so long as they have an internet connection.

8. Your tastes are as charming as your face

It’s hard to believe, but according to eHarmony, physical looks are less important to online daters than shared interests. While 49% of online dating users say that looks are the main motivator in finding a partner, a whopping 64% of them say that common interests are the more important factor in a good match.

This is good news for anyone insecure about their physical appearance (and who isn’t?). By this logic, your tastes in food, music, and film are enough to woo that special someone. And it’s a good reminder for online daters to take their profiles as seriously as they do their photos.

9. Trust: an abstract concept but a critical foundation

This one is heartwarming. According to Psychology Today, trust is the most important factor in the success of a long-term relationship.

While this may seem obvious at first, its implications are profound. Issues that seem to be more obvious threats to long-term relationships—money, children, sex-drive, etc—can be weathered as long as partners trust each other. Trust may be an abstract concept, but a relationship founded on reliability and dependability can help couples overcome even the most material of problems.

The internet may be full of flirty emojis, head-spinning acronyms, and a thousand terms to refer to your boo/bae/beau/etc.

That is, at least according to PlentyOfFish. The popular dating site teamed up with PhD scientists to analyze word choice in its million-plus profiles, and came to some very romantic conclusions. For starters, users who mention the word “love” in their profiles were more successful in finding it. Other words that contributed to successful relationships include “life,” “heart,” romantic,” and “children.” The point is, words still matter. And when it comes to romance, love is still the one that speaks loudest.

The facts are in your favor

These 10 facts all point to the success of online dating - and numbers don’t lie. If you’re feeling hopeful and ready to put yourself out there, check out our list of the best dating sites out there.

Eharmony uses a scientific approach to matchmaking to connect compatible singles and cultivate long-term relationships. With a series of questions to new members, eharmony collects data to make matches that are statistically likely to...